The Young And The Restless Spoilers: Billy Takes Another Chance On Love – The Ball Is In Victoria’s Court– What’s Next For Villy? 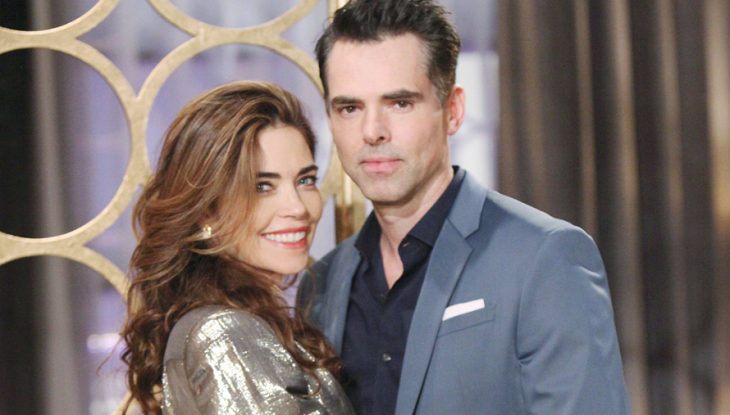 The Young and the Restless (Y&R) spoilers tease that Billy Abbott’s (Jason Thompson) marriage proposal is serious. Hardly an impulse ring purchase, Billy has been building his way up to this moment for months. Whether Vicki Newman (Amelia Heinle) goes all the way in for another Villy try is the question.

Arguments can be made for and against another edition of Villy. Earlier incarnations, being those that happened during the Billy Miller (Billy) years, were epic. Highs, lows and very few in-betweens, which is why past nuptials eventually crashed, evaporated, or withered away.

Y&R Spoilers– Is It Time For Villy To Reunite?

It may read like a cliche, but Billy really is a different man now and not just in the Miller to David Tom (the original and reprised adult version of Billy), to Burgess Jenkins (Billy), to Thompson actor switches. During the past six months, Thompson’s alter ego has been the stable one, helping Vicki whenever, however, and wherever she and the kids needed him. His consistency proved huge and was telling.

In a smart write, Y&R had the potential Vicki-Billy reboot blossom in Las Vegas, Nevada. Where better, than a major gambling base to demonstrate just how much Billy has matured.

The deepest love of Vicki’s life (as she is for Billy) wasn’t overtaken by the glimmer of poker chips. Yes, Billy could feel the pull but rejected Sinead’s (Lira Kellerman) offer to deal him.

Later, after returning to Genoa City, Wisconsin, Billy was shown at a Gambler’s Anonymous meeting. He went there on his own, as he told his brother, Jack Abbott (Peter Bergman), later.

Young And The Restless Spoilers– Is Vicki Ready For Love After J.T.?

Vicki was emotionally battered by everything that J.T. Hellstrom (Thad Luckinbill) did last April. Thankfully, that almost-again husband wasn’t actually killed and was allowed by Y&R’s current writing staff to explain himself after being forced through a trap door and to his escape from that intended Chancellor Park grave.

A brain tumor restored J.T.’s legacy as a decent guy who was damaged and will hopefully come back again someday and fully redeem himself. Billy has already done that.

Vicki wants to take the newest version of Villy slowly so that the children’s hopes aren’t crushed and so that she and Billy don’t set themselves up for another failure. Her instincts are wise, as Billy must also be.

If Villy is to earn another go-round, then Billy will need to maintain his composure, practice ultimate patience, and allow Vicki to signal when the time is right. She’s earned the ability to be the marriage decision-maker, which Billy surely can’t deny.

Don’t forget to come back later to Hollywood Hiccups for more The Young and the Restless (Y&R) spoilers, news, and casting updates!