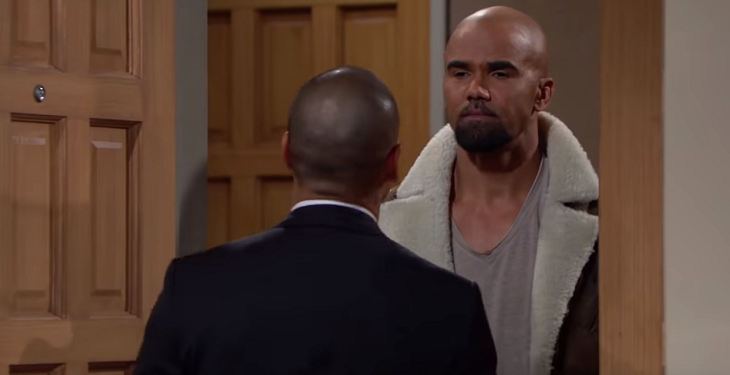 The Young and the Restless (Y&R) spoilers for the week of April 22 tease that Genoa City will have a tragedy that will leave many residents in despair.  Also, Victor Newman (Eric Braeden) will return and work hard to conceal a big secret.  Nick Newman (Joshua Morrow) will nearly come to blows with Kyle Abbott (Michael Mealor) over Lola Rosales (Sasha Calle).  It looks like an exciting week ahead on Y&R.

On Monday, Nick will witness Kyle kissing Lola and he will come unglued. He will confront him about the incident and demand that Summer Newman (Hunter King) leaves him immediately.  He will insist that Kyle is not a good husband and that he’s playing her.  Summer will refuse to listen.  She will tell her dad that she will deal with it in her own way.

After several weeks away, Victor will finally come home.  He will try to reconnect with his family.  At some point, Victoria Newman (Amelia Heinle) will chat with her dad and ask his advice about Billy Abbott (Jason Thompson)  She will admit that she’s considering remarrying him.  That will send Victor through the roof as he will encourage her to remain single for a while.  And, this time, Victor is probably right.

Y&R spoilers say that Victor will work hard to cover his tracks.  He doesn’t want Rey Rosales (Jordi Vilasuso) getting into his business.  He will assume that he’s investigating him as part of a police detail.  Imagine his surprise when he learns Nikki Newman (Melody Thomas Scott) hired him to look into Victor’s whereabouts.

Just before Billy and Victoria are ready to leave to make an appearance at the Society’s opening, Victor will knock on her front door.  He will tell his daughter that they need to talk about a family matter.  Will he tell her he’s found Adam Newman (Mark Grossman)?

On Tuesday. Devon Hamilton (Bryton James) and Lily Winters (Christel Khalil) will learn that  Neil Winters (Kristoff St, John) suddenly passed away.  The news will be shocking and will lead to many familiar faces returning to pay their respects.

Jack Abbott (Peter Bergman) and Victor will share a drink as they remember Neil in a touching way.  For one moment, the two enemies will bond over their love and respect for Neil.  It will be a scene that many Y&R fans will really enjoy.

Malcolm Winters (Shemar Moore) will return to Genoa City to deliver a powerful Eulogy for his brother. Neil’s death will affect nearly everyone on the show.