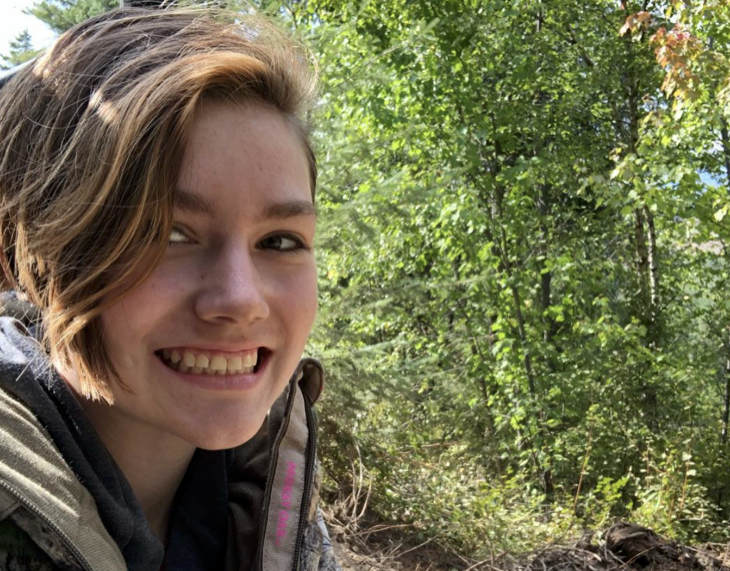 Fans of Alaskan Bush People immediately jumped to conclusions that Rain Brown could be engaged or had gotten married after the youngest member of the Brown family posted a ring photo on her Instagram account.

In her previous posts, Rain has been constantly sharing photos of her new Pomeranian puppy. She posted a selfie with her puppy and wrote in the caption, “This is Jakson Maine Brown, I’ve only had him for two days and this little dude has stolen my heart from top to bottom. I’m so lucky to be your mother Jakson. I love you with every fiber of my being.”

Ami and Billy Brown’s youngest child sparked rumours about her relationship status after she posted a photo of her new pet Jakson sleeping, with Rain’s left hand resting on top of him. This time, it wasn’t her puppy that caught the attention of her followers. It was her ring finger which donned what seemed like a diamond engagement ring and a wedding band.

After the photo was posted, Rain’s followers immediately asked about her jewelry. They flooded the comment section and asked non-stop whether she got engaged or got married in secret. Viewers of “Alaskan Bush People” are up to date when it comes to the love life of Noah and Gabe.

Noah Is Nearly Married And Has A New Baby

Noah Brown married his fiancé Rhain Alisha on August 2018. The intimate ceremony was held in Idaho with close family as guests. The two tied the knot two years after they first met in Hoonah. Meanwhile, Gabriel Starbuck Brown married his girlfriend Raquell Rose in January 2019.

They had a private ceremony and his brother Noah officiated the ceremony. A few weeks after their wedding, it was revealed that Gabe’s wife Raquell is pregnant. Their parents, Billy and Amy Brown are filled with joy following the birth of Noah and Rhain’s baby, Elijan Connor Brown. The news that Raquell’s pregnant will surely delight them even more.

However, nothing was mentioned about Rain’s relationship status in the past and so it would seem that Rain has nothing to share for now. Rain immediately responded to the rumours and said that what they saw was not a wedding ring.