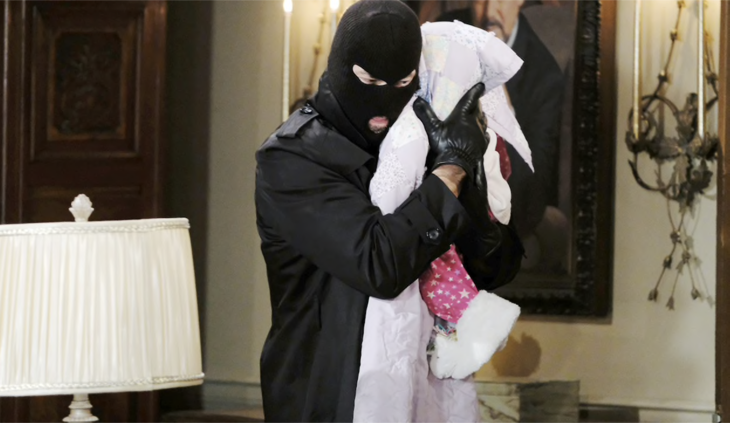 Days of Our Lives (DOOL) spoilers tease that Nicole Walker (Arianne Zucker) will emerge back on the Salem scene in a big way. She’s been gone and presumed dead for several months, and her re-emergence will be a shock to everyone. Nicole will be welcomed back into the fold by Eric Brady (Greg Vaughan), Maggie Kiriakis (Suzanne Rogers), and others, but there will be one person who won’t be so happy to see Nicole back, and that’s Sarah Horton (Linsey Godfrey).

Nicole’s return will come at an inopportune time for Sarah, who will have literally just gotten together with Eric. Sarah and Eric have been dancing around their feelings for each other for weeks now, and according to Days of Our Lives spoilers, they’ll finally take the plunge and be honest with each other about how they feel.

But as soon as that happens, Nicole will return, and of course, that will thrill Eric. Nicole is Eric’s true love, and he’ll be over the moon to see her again. It looks like the two will enjoy a nice reunion, but then something will happen that will interrupt their time together.

According to DOOL spoilers, Nicole’s daughter Holly Jonas (Harlow and Scarlett Mallory) will go missing from the DiMera mansion, where she’s living with her guardian Chloe Lane (Nadia Bjorlin). As it turns out, Holly will be abducted from the mansion by a masked man who looks pretty ominous. She’ll be taken to parts unknown, and Chloe will freak out.

But that’s nothing compared to what Nicole will feel when she learns that her daughter is suddenly missing. According to Days of Our Lives spoilers, Sarah will be the one to break the news to Nicole and Eric about Holly’s disappearance. It will totally bring a halt to Eric and Nicole’s happy reunion.

From there, the search will be on for Holly, but what nobody will realize is that whoever abducted her had inside help from Ted Laurent (Gilles Marini). Ted has been feeding intel to a mystery person on the phone – someone who apparently wants Holly taken. And with Ted on their side, Holly’s abduction was inevitable.

Days Of Our Lives Spoilers Wednesday, April 24 Update: Nicole Waltz Back Into Picture, Eric Instantly Smitten – Sarah In Complete Disbelief At Getting Dumped, Hooks Up With Xander For Revenge! #daysofourlives #dool #days https://t.co/XuVQEpu7sV

At any rate, it looks like Eric and Nicole’s romantic reunion will have to be put on hold for a while, as their attention is geared toward finding Holly and rescuing her from her captors. The race will be on to find the little girl. Who do you think has her?

Days Of Our Lives Spoilers: Hope Learns Lani Spent The Night With Rafe– Will She Assume They Slept Together?