General Hospital Spoilers: Thursday, April 25, Liz Has A Chat With Cameron–Carly Gets Bad News–Ava And Kevin Put Their Plan In Action 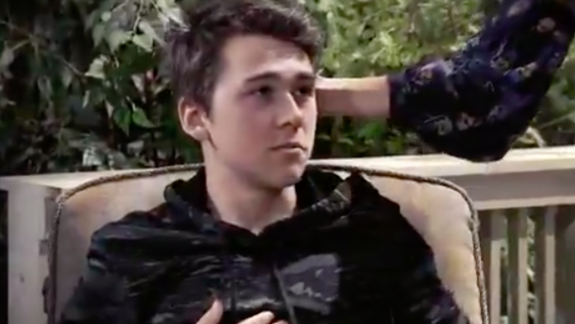 General Hospital spoilers for Thursday, April 25 promise another exciting day of drama and mysteries for General Hospital viewers as some Port Charles citizens’ plans unfold and others’ may not play out completely.

At General Hospital, Elizabeth Baldwin (Rebecca Herbst) talks to her son Cameron Webber (William Lipton) as she tells him they’re just going to have to find their way through this. Perhaps they are talking about the situation with little brother Aiden Webber (Jason David) at school that Cam got in a fight over recently.

Elsewhere, at the Floating Rib, Ava Jerome (Maura West) talks to Felicia Scorpio (Kristina Wagner) about their plans to trick Ryan Chamberlain (Jon Lindstrom) into returning to Port Charles, straight into a trap! Meanwhile, at the home of Dr. Kevin Collins (Jon Lindstrom) and Mayor Laura Webber (Genie Francis), they talk about the same thing as Kevin tells Laura that the best way to lure Ryan out is to make him believe that Ava has taken up with him!

Over on the patio at the Quartermaine mansion, Josslyn Jacks (Eden McCoy) is talking to her terminally ill boyfriend Oscar Nero (Garren Lake Stitt) about the song they are writing together for the upcoming Nurses’ Ball. She tells Oscar everyone is going to be blown away! Unfortunately,Oscar may not live to see it performed or to take part in the performance.

Back at General Hospital, Carly Corinthos (Laura Wright) and her mother Bobbie Spencer (Jacklyn Zeman) talk to a new ob/gyn, probably who have taken Dr. Kim Nero’s (Tamara Braun) cases over with Oscar’s impending death, about the baby that Carly is carrying.

Shiloh wants Sam to shed the things that are keeping her from fully committing to DOD. How far is she willing to go to keep up the ruse?#GH is brand-new and STARTS NOW on ABC! pic.twitter.com/yoSptpPJyn

Apparently, a problem has been found that could indicate a genetic disorder of some kind, as Carly asks how high the chances are that this baby will inherit it. It’s always possible that Carly is asking about the heart defect that Michael Corinthos (Chad Duell) had as a baby, although supposedly that came through the Quartermaine side. As General Hospital viewers have noticed, GH writers are rewriting a whole lot of history lately!