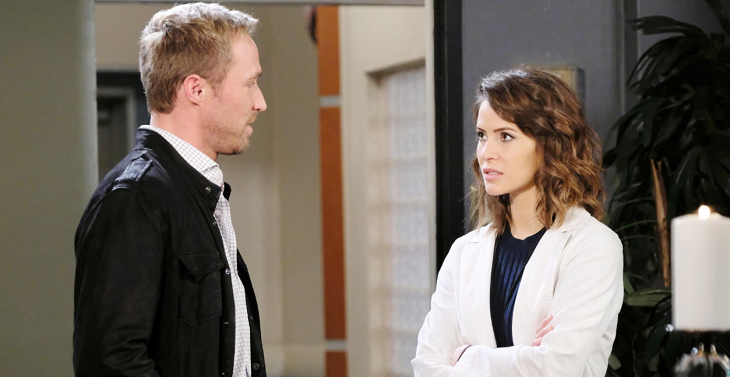 Days of Our Lives actor Kyle Lowder teased about an exciting new storyline for his character Rex Brady this summer. He dropped the news about Rex’s new storyline amidst rumors that he will be exiting the soap.

“We have some scenes that are going to be coming up throughout the summer,” he shared. “I had the opportunity to rectify him a little bit, which is really good. I think we’re going to see all the pieces to Rex’s puzzle. I’m looking forward to the viewers and fans seeing this because I think it’ll help how his character is perceived.”

DOOL Spoilers– Kyle Is Excited To Be Back

When asked about how he felt when he returned to Days of Our Lives not as Brady Black, who was already being portrayed by Eric Martsolf, but as Rex, he said it was interesting. He was fine with his transition into his new role because he has been long gone from the soap and the new actor, Martsolf, played Brady perfectly.

Days Of Our Lives Spoilers: Nicole’s Return Shocks Eric– Shows Up At His Front Door

Lowder expressed his delight in portraying his role even though his character seems to always be at his worst. He described him as “a hot mess — dumpster fire,” a character that he finds “challenging to play.” The actor managed to make the viewers of the soap “love to hate” Rex.

He also mentioned his efforts in trying to find the humanity in his character ever since he came back and played Rex. At first, he assumed that Rex will make up for cheating Sarah. But that wasn’t the case as his character ended up sleeping with Sarah’s sister. By then, Lowder found it hard to play Rex but he was up for the challenge.

For Lowder, it was better if his character was hated than have viewers not care about Rex at all. “Indifference is the worst ever,” he said. Although there were instances when he felt like he doesn’t want to go “all in,” he knew that he has to “go all the way.” He understands the need to “make people feel.”

“And it’s not about half-assing the work, but I have to make bold choices as an actor with this guy, otherwise people will be indifferent to him,” he added.

Lowder also expressed his interest in learning the business side of this show. If given a chance, he would love to be an executive producer on one of the network soap operas.