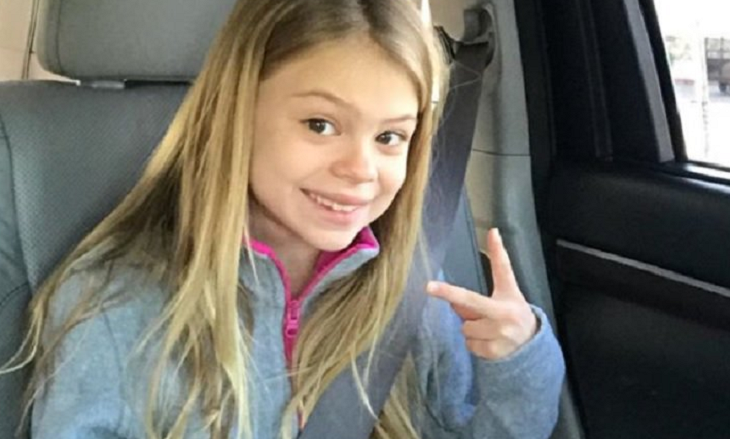 In her Instagram account, Fernandez shared a photo of herself on the set and sitting on a chair with the American Housewife logo printed on it.

In the caption of her post, she said, “They called it work. I called it a super fun playdate. I had a blast playing Anna-Kat’s friend on @americanhousewifeabc.”

She first appeared as Maddy in the episode that was aired last April 23 and is set to return on screen for more scenes on April 30. Based on her post, it looks like Fernandez is having a blast in her new gig. In this new role, fans of Fernandez will see a different side of her.

At first, she was introduced as the daughter of Claudette Beaulieu (Bree Williamson) and Nathan West (Ryan Paevey). It was eventually revealed that Valentin and Lulu were her biological parents and Claudette was only a surrogate.

Charlotte also had to endure the custody battle between Valentin and Lulu. Just when she was already starting to accept Lulu as her mother, Valentin tried to escape the law and went on the run with Charlotte. He was captured and temporary custom of Charlotte was given to Dante and Lulu.

When Valentin was released from prison, he reconnected with his daughter and promised to make things right. Everything that Charlotte went through could possibly explain her bad behavior towards adults and in the school including the verbal bullying, she’s done to her cousin, Aiden Spencer (Jason David).

Fernandez hasn’t been quite visible in General Hospital lately, but she’s keeping herself busy with other projects. Her new gig in American Housewife is not the first time she landed a role outside of General Hospital. She appeared on other shows like American Horror Story, Shameless, and Jane the Virgin. She is also part of the movie Avatar 2, which is set to premiere in 2020.