The Bold And The Beautiful Spoilers: Jacqueline MacInnes Wood Returns To B&B– Find Out When Steffy Will Pop Up In LA 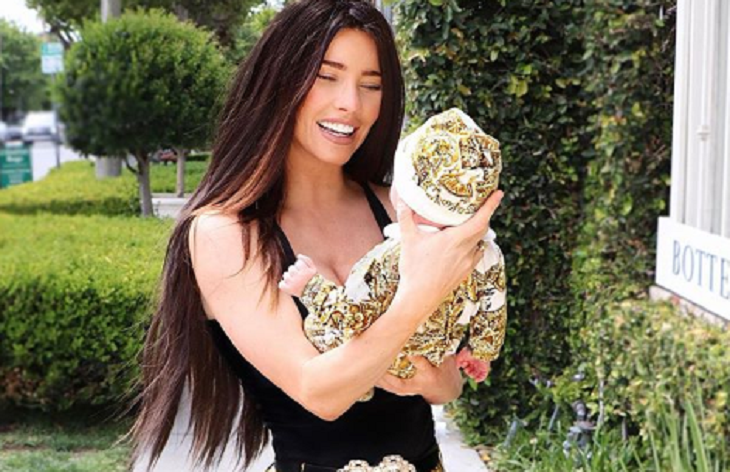 The Bold and the Beautiful (B&B) spoilers tease that Jacqueline MacInnes Wood will be returning to work during the week of April 29.  That means that Steffy Forrester’s first airdate should be at the end of May.  It’s been almost two months since the actress exited the soap opera to go on maternity leave.

In early March, she had a healthy baby boy, Rise.  Since his birth, she has posted pictures of her adventures as a new mother.  But now that she has been home eight weeks, she announced it is time to return to work.  Here’s what to expect when she returns to Los Angeles.

The one thing that is for sure, once Steffy comes back on the scene, the drama surrounding Phoebe will increase. There are several ways that could play out. Obviously, Flo Fulton (Katrina Bowden) wants to reveal the truth about Phoebe being Beth, but Zoe Buckingham (Kiara Barnes) and her mother, Shauna Fulton (Denise Richards) have been holding her back.

The Bold And The Beautiful POLL: Will Thomas’ Plan To Split Hope From Liam Work? Vote Now!

B&B spoilers state that Steffy will return and she will feel bonded to her adopted daughter, Phoebe.  She will be ecstatic that Kelly will have a sister to share her life with. She will not know the storm that is headed her way when the Logan’s will decide to try to rip that innocent baby out of her arms.

The speculation right now is the Logans are just waiting for Steffy to come back with Phoebe so they can tell her all about Flo’s paternity.  They will let her know that since Flo is family and Phoebe is her daughter (or so they think), she should hand over the baby and let them raise her.

Who’s ready for Steffy to be back on #TheBoldandTheBeautiful ?!? What would you like to see happen to her? #storyline

As you can imagine, it won’t go well.  Steffy will fight for the baby she knows as Phoebe and she will let them know, if they want her they will have to battle her in court.  Of course, Liam Spencer (Scott Clifton) will try to play peacemaker between them but will let the Logans know, it isn’t fair to Steffy–which will put him at odds with his wife, Hope Logan (Annika Noelle).

It sounds like some exciting material is coming up.  Steffy will return in a couple of weeks.