The Young And The Restless Spoilers: Cane Confides In Jill – Will He Finally Let Lily Go? 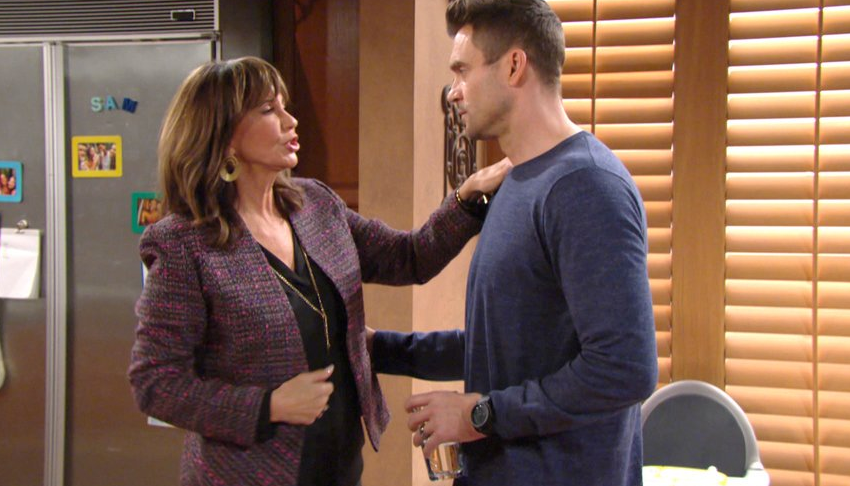 The Young and the Restless (Y&R) spoilers tease that Cane Ashby (Daniel Goddard) will be feeling resistant. His wife Lily Ashby (Christel Khalil) was recently released early from prison for good behavior, and she’s ready to start her life on the outside again. But she has made it clear that she wants to start over on her own, somewhere other than Genoa City, and without Cane.

But Cane is just not accepting Lily’s wishes right now. He’s still convinced that he and Lily can work things out if she just gives him another chance. But for Lily, his recent kisses with Victoria Newman (Amelia Heinle) were the last straw. It proved to her that Cane will simply never change and that he’s a serial cheater. Lily just doesn’t want that in her life right now.

Y&R Spoilers– Lily Wants To Rebuild Her Life Without Cane

Rather, she’d like to concentrate on rebuilding her life alone. Lily has changed considerably since she’s been in prison, and the same things that used to be important to her simply aren’t as important anymore. She wants to spend her time teaching and giving back at the prison.

And unfortunately, Cane just doesn’t get that Lily has already moved on, and she’s done with their relationship. Of course, soon Neil Winters (Kristoff St. John) will pass away, and Lily may lean on Cane in her grief, which could lead Cane to grab onto false hope that there may be a future for them. It’s great that he’ll be able to support Lily, but it’s simply not going to change Lily’s mind about ending their marriage.

Y&R Spoilers– Jill Gives Cane Advice–Will She Tell Him To Move On?

Cane has been discussing the situation with Traci Abbott (Beth Maitland), which has helped him somewhat, but he still wants to fight for something that just isn’t going to work. But according to Y&R spoilers, he’ll get some advice from another source that just might help him finally let Lily go.

Y&R spoilers say that Cane and Jill Abbott (Jess Walton) will spend some time together while Jill is in Genoa City for Neil’s funeral services. Cane and Jill have a special connection, and it looks like Jill might finally be able to get Cane to respect Lily’s wishes and grant her the divorce. She might let Cane know that respecting Lily at this time will be a gift of love, and really the only gift he can give her now.

Do you think that Cane will finally let Lily go and move on with his life? Stay tuned to the CBS soap and don’t forget to check Hollywood Hiccups often for the latest Young and the Restless spoilers, updates, and news.