Days Of Our Lives Spoilers: Eric Is In For A Shocker– Stunned To See Nicole Alive! 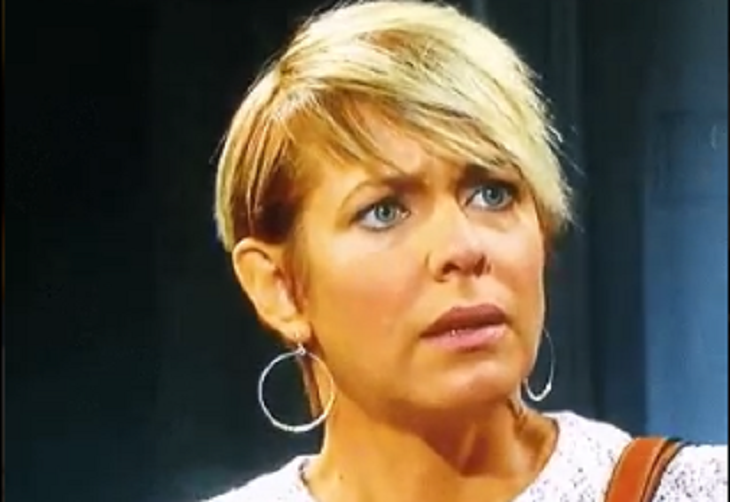 Days of Our Lives (DOOL) spoilers tease that Eric Brady (Greg Vaughan) will be in for quite a shock when he sees Nicole Walker (Arianne Zucker) alive and well and back from the dead! Obviously, he won’t be able to believe his eyes, although he should not be too surprised given the history of Salem and over twenty percent of Salemites having died and returned from the dead at least once, some several times like his own mother, Dr. Marlena Evans (Deidre Hall)!

And then there was that strange island of resurrection, Melaswen, as long time Days of Our Lives viewers will recall!

DOOL Spoilers– How Is Nicole Alive?

Whether Melaswen has been resurrected itself and that’s where Nicole, Jack Deveraux (Matthew Ashford) and Xander Cook Kiriakis (Paul Telfer) were, or if Dr. Wilhelm Rolf (William Utay) cooked up a whole bunch of back-to-life serum remains to be seen, but nonetheless, Eric will see Nicole likely with no warning, and he will be shocked, surprised, and more than likely in disbelief at the same time! But will Nicole be the same as when she left, or will she be different?

Days Of Our Lives Spoilers: Maggie Is Under Pressure– Will She Fall Off The Wagon?

According to an interview published in the April 29 issue of Soap Opera Digest, Nicole portrayer Arianne Zucker says Nicole will be different; she will be more vulnerable and possibly be frightened more easily. Nicole won’t be like a different person, but Days of Our Lives viewers will definitely see a Nicole whose experiences while presumed dead will have changed her.

DAYS Spoilers– Nicole Is The Same Person But Different

Preview photos show that Nicole first shows up at Eric and Rex Brady’s (Kyle Lowder) apartment, which previously belonged to Will Horton (Chandler Massey) and Paul Narita (Christopher Sean) and is greeted by Rex. Will, too had once been resurrected so it may be that Nicole was actually looking for him for some insight and possibly advice.

In the latest #DAYS, Sarah confronts Eric about what he told Marlena.https://t.co/ZsCmioRrzb pic.twitter.com/5uTAH5T5BF

According to preview photos, Rex will take Nicole to Salem University Hospital where he will give her a good checkup himself to make sure she’s ok. It is not yet certain whether this is where Eric will see her, but apparently considering that he will be shocked, no one has had a chance to let him know that she’s in town and alive, so it is possible that he sees her in the hospital.

Stay tuned to Days of Our Lives and keep checking DOOL spoilers frequently for all the latest news, updates, and new spoilers!