General Hospital Spoilers: Oscar Asks Cameron For A Favor– Is It About Joss? 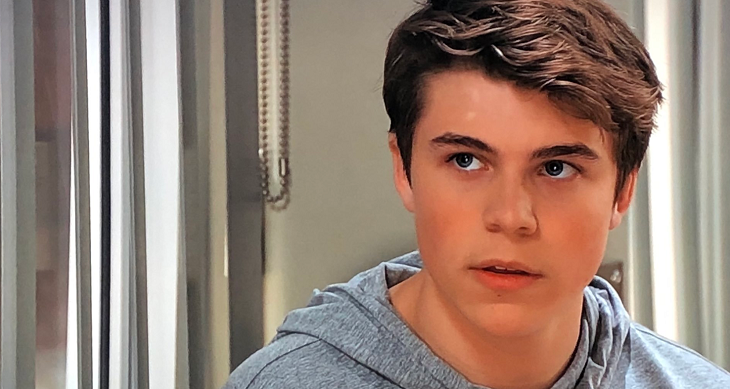 General Hospital (GH) spoilers tease that Oscar Nero (Garren Lake Stitt) will ask his friend Cameron Webber (William Lipton) a favor this week on General Hospital. Previously, he asked Cameron to date Josslyn Jacks (Eden McCoy) and set himself up with a fake girlfriend on social media so he’d be out of Joss’s system when he died; that didn’t go so well!

Oscar’s time could come any time in the next few weeks, as it seems he is getting weaker and weaker and more pale every time the viewers see him. That would be consistent with the tumor taking more and more of a toll on his brain, and possibly even metastasizing to other internal organs, although as of the last imaging studies, it had not spread beyond the brain.

However, the brain does control everything in a person’s body; it functions like the computer of a car. Without it, the body and all its parts cannot function, so if a tumor inhibits the parts of the brain that control certain areas in the body, those parts and functions will cease to operate. General Hospital fans can expect to see Oscar deteriorate more and more with every appearance.

Cameron will be glad to look out for Joss, who has been his friend and playmate since they were small children. General Hospital viewers suspect that Cameron is secretly in love with her, but of course, can’t do anything about it right now…it just wouldn’t be right. Cameron may have to learn patience and bide his time for several years until Joss is ready to consider dating again because her feelings for Oscar are very serious.

If it were not for Oscar’s terminal illness, General Hospital viewers could have probably looked forward to an Oscar and Josslyn wedding in a few years. Cameron should be honored that Oscar has chosen him to see Joss through his death and her grieving period.