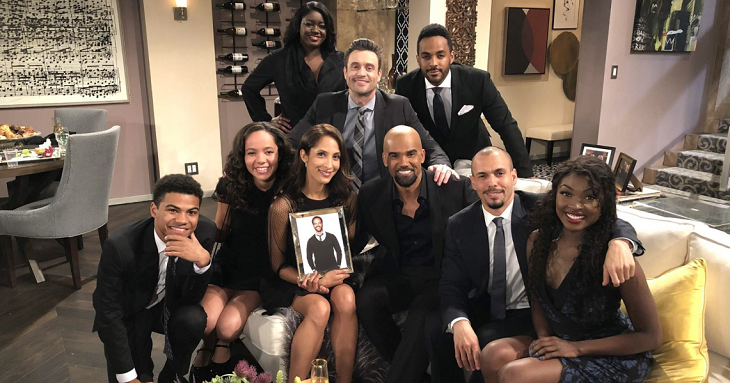 The Young and the Restless (Y&R) spoilers for Monday, April 29, tease that viewers are in for a moving tribute to the late Kristoff St. John. This special stand-alone episode of Y&R will begin with voiceovers of various Y&R actors relaying what Kristoff meant to them as various photos of him are shown. Next, viewers will see footage of Kristoff accepting his Daytime Emmy for Outstanding Younger Actor award.

Throughout the program, various clips of Kristoff performing as Neil Winters will be shown, as well as clips/voiceovers of him talking about his castmates, interspersed between clips of his fellow Y&R actors talking about him.

Victoria Rowell (Drucilla Winters) will speak about when Kristoff was cast. She’ll state that executive producer Bill Bell told her that he had found her love interest and that he was beautiful. She’ll say that it was effortless to work with Kristoff and that she can’t imagine ever having a scene partner like him ever again. She’ll also discuss Kristoff’s legacy.

Shemar Moore (Malcolm Winters) will recall his audition for Y&R and how star-struck he was by Kristoff. But Kristoff wanted Shemar for the role. He’ll note Kristoff’s unconditional love and that he considered Kristoff to be his brother as well as a mentor, and he’ll say that he’ll keep trying to make Kristoff proud.

Christel Khalil (Lily Ashby) will share her feelings about Kristoff as an actor, and how she always felt during their scenes that she was talking to her dad.

Bryton James (Devon Hamilton) will discuss how safe Kristoff made him feel during their scenes, and about how Kristoff made the energy on set all about raising them up as actors.

Mishael Morgan (Hilary Hamilton) will discuss the way Kristoff made people feel, and about how Kristoff dropped a line to support her during a scene from their characters’ wedding.

Daniel Goddard (Cane Ashby) will describe how he marveled over Kristoff’s depth as an actor, and that he was an icon and true greatness.

Peter Bergman (Jack Abbott) will discuss how well he got to know Kristoff over the years, and about how Kristoff “took over” as an actor.

Eileen Davidson (Ashley Abbott) will discuss her very recent scenes with Kristoff when their characters got together, and she’ll state that no matter what was going on in his personal life, he always took the time to ask about others.

Marla Adams (Dina Mergeron) will describe Kristoff as a kind and generous man.

Sharon Case (Sharon Newman) and Joshua Morrow (Nick Newman) will discuss Kristoff, with Sharon remembering Kristoff horsing around and having a good time on set, and Joshua remembering their basketball scene. Joshua will say that he hopes Kristoff knew how much they all loved him.

Melody Thomas Scott (Nikki Newman) and Eric Braeden (Victor Newman) will fondly recall Kristoff. Melody will remark on Kristoff’s love of life, and Eric will refer to him as a ray of sunshine.

Amelia Heinle (Victoria Newman) will say that she’s glad for the last time she got to hug Kristoff.

Finally, on this special episode of Y&R, Kristoff is shown saying “I love you,” and then a screen saying “In Loving Memory” will be shown.