Days Of Our Lives Spoilers: How Did Nicole Know Where To Find Eric? 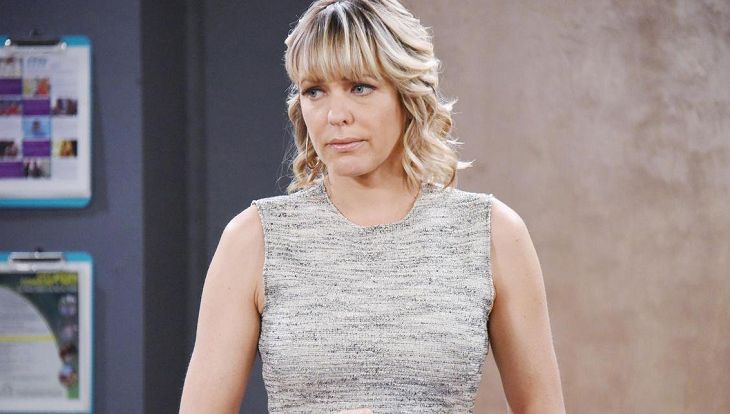 Days of Our Lives (DOOL) spoilers tease that there may be an intriguing mystery afoot as to how Nicole Walker (Arianne Zucker) knew where to look for Eric Brady (Greg Vaughan) when she returned to Salem! Days of Our Lives viewers will recall that last fall when Eric first moved to this apartment, he had taken it over from Will Horton (Chandler Massey) when Paul Narita (Christopher Sean) moved out and Will couldn’t afford the rent anymore! At the time, Eric had been living in an apartment over Brady’s Pub!

In reality, chances are that this is what is called a “continuity error” on the part of the scriptwriters, where they don’t do their homework and research past storyline details; but that’s not as exciting as thinking maybe someone gave her some inside information on Eric. Nicole didn’t really seem in very good shape like she had escaped being held against her will somewhere for an extended period of time.

DOOL Spoilers– How Did Nicole Know Where Eric Lived?

Days of Our Lives viewers know she did appear to be very worried about her daughter, Holly Jonas (Scarlett and Harlow Mallory) who she assumed Eric was taking care of like she had asked him to!

It doesn’t seem that she really would have had time to go online to find out a phone number or an address, and those lookup sites usually don’t have current address information anyway since they just come from public records and the user has to pay for the information.

If the person just has a cell phone and no landline, which is very common in this day and age, it is even harder to find out where they are or how to contact them.

DAYS Spoilers– Nicole Is Worried About Her Missing Daughter!

Nicole couldn’t have gone to Brady’s Pub or called over there previously and gotten the information; Eric and Sarah Horton (Linsey Godfrey) were there discussing their feelings for each other, and besides, the pub was closed. If she had called before she left (which may have been difficult if she was being held against her will) Roman Brady (Josh Taylor) would have wanted to know who was calling and what they were calling about and at best, would have offered to get a message to Eric to call back!

Plus, Roman may have recognized Nicole’s voice! It may be a mystery starting indeed, but maybe she’ll explain how she found Eric when she tells him where she’s been all this time!