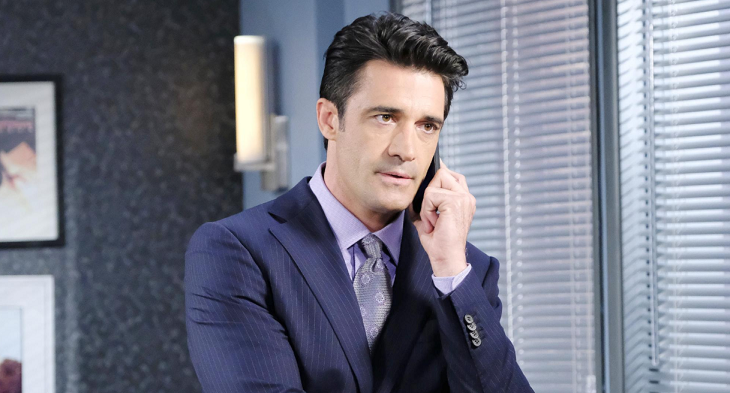 Elsewhere, Nicole will lash out at Chloe Lane (Nadia Bjorlin) for her daughter’s kidnapping while Hope Brady (Kristian Alfonso) will realize that much can’t be done to separate Ben Weston (Robert Scott Wilson) and Ciara Brady (Victoria Konefal) anymore. Here’s what you need to know.

Ted is clearly up to no good as the district attorney has been left rather annoyed over the fact that Rafe Hernandez (Galen Gering) is the one and only reason why he can’t be with Hope.

There’s speculation that the person he spoke to during his mystery phone call might be connected to the Mexican cartel that is trying to take their revenge on Chloe. In the coming days, however, Ted will be making his true intentions clear, which will leave a lot of people, including Hope, pretty stunned.

Sarah, who has been in her own love triangle between Eric and Rex Brady (Kyle Lowder) will have some terrible news for Eric and Nicole. Their happy reunion is going to be cut short. But that’s not the only thing that Nicole has to worry about.

While she was gone, she left her daughter Holly in Chloe’s care. Needless to say, she is going to be on a warpath when she finds out that the little girl is missing.

What’s more, she is going to put all of the blame on Chloe, who obviously has been very distracted these last few weeks. Days of Our Lives spoilers tease that Nicole is going to not only lash out at Chloe but give her a slap in the face that she won’t forget.

Hope Brady will also find out that Ciara and Ben have taken their relationship to the next level. And unfortunately for her, there isn’t much that she can do about it, despite the fact that she thinks Ben is nothing but trouble for Ciara.