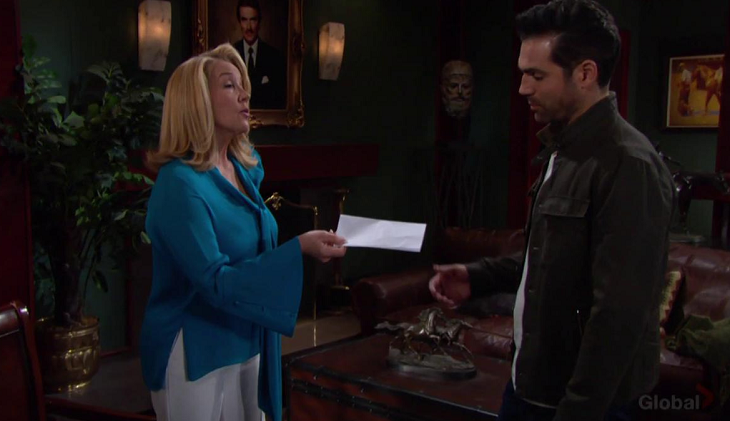 The Young and the Restless (Y&R) spoilers tease May sweeps will be crazy on the CBS soap opera. Adam Newman (Mark Grossman) will return to Genoa City, shocking everyone. No one will believe that he’s back, especially after the Newman family thought he blew up in the cabin blast.

Cane Ashby (Daniel Goddard) will bond with Traci Abbott (Beth Maitland). Phyllis Abbott (Gina Tognoni) will stag a comeback and will return better than ever. And, Dina Mergeron (Marla Adams) will suffer a setback and Jack Abbott (Peter Bergman) will have to plan her future. Here’s what to know in the weeks ahead.

Y&R Spoilers –Adam’s Back, But Is Really Him?

The biggest storyline of the month will be Adam’s return. The biggest question will be where has he been and why did he return. And, to make matters worse, he isn’t sure himself as he will be suffering from memory loss. It will make for an exciting storyline and a clean slate for the character.

Over the next few weeks, Cane will continue to bond with Traci. He will ask her opinion on how to win Lily Winters (Christel Khalil) back. Over time, he begins to lean on her.

The Young And The Restless Alum Shemar Moore Opens Up About His Fondest Memories Of Kristoff St. John

Neil’s Will Reading will lead to quite a shocker. The spoilers don’t say what we will find out. Let’s hope whatever it says will keep Lily in Genoa City for a while.

While Phyllis may be down now, the Y&R fans shouldn’t count her out just yet. She is great at reinventing herself and coming back strong as ever. Not only will she come back careerwise, but she will rebuilding her relationship with Jack.

The spoilers suggest Phack might be the end game as the former couple begins to get closer.

Jack, on the other hand, will have his hands full with his mother. Y&R spoilers say that Dina is getting out of control and her health is steadily declining. He will have to make a decision on putting her into a long-term nursing facility. He knows in his heart it’s what is best for her, but letting go will be difficult.

It looks like an exciting month ahead on Y&R. Don’t forget to come back later for more The Young and the Restless (Y&R) spoilers, news, and casting updates!