Days of Our Lives Spoilers For Wednesday, May 1: Jack Pulls A Shocking Stunt–Claire Moves Out 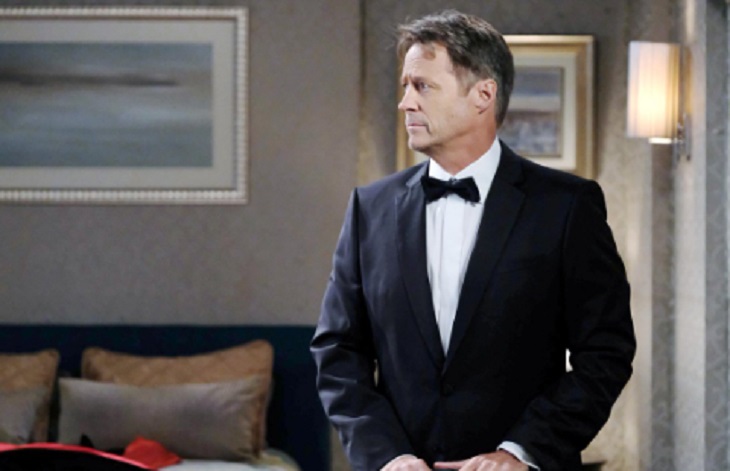 Claire Brady (Olivia Rose Keegan) will be furious when she finds out that she has to move out of the loft because of Haley Chen (Thia Mafia). Also, Eli is thrown off by Lani Price (Sal Stowers) and her request.

At his mayoral debate with Jack, Abe is surprised to see Valerie show up at the event. Things haven’t been very smooth between the two of them ever since Val left Salem for Washington, D.C. to pursue her dream job. There’s a strong possibility that Jack may have something to do with Valerie’s return, as he always has something brewing behind the scenes.

There’s even speculation that it may have something to do with Jack recently witnessing Abe and Sheila Watkins (Tionne Watkins) together. To put it mildly, Abe will be left more than just a little distracted over Valerie’s presence.

What’s more, Days of Our Lives spoilers indicate that Jack will be pushing everyone in his life away as he strives to become Salem’s new major. The only person who will remain by his side is Eve Donovan (Kassie DePaiva), who of course has her own plans for the future.

Elsewhere, Claire is fuming that she has to move out of the loft that she has shared with Tripp Dalton (Lucas Adams). At first, she was okay with Tripp and Haley’s situation, knowing that they needed at least 30 days to prove that their marriage was real in order for Haley to stay in the country.

But now Claire thinks things have gone too far. She’s afraid that she’s being pushed out of the picture by her own boyfriend, even though everything between him and Haley is supposedly fake.

Also, things aren’t looking so good for Eli Grant (Lamon Archey) and Lani Price (Sal Stowers). As a matter of fact, Lani’s obsession with Baby David is tearing the couple apart. Eli is afraid that the little tot – along with Lani’s close relationship with Rafe Hernandez (Galen Gering) might be the breaking point in their relationship.