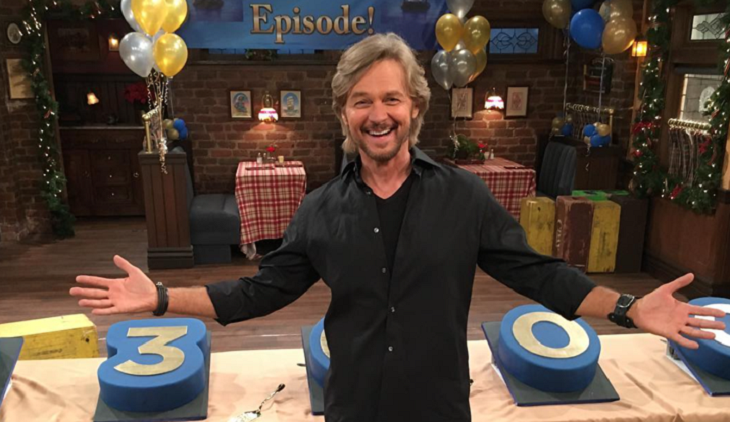 Days of Our Lives (DOOL) spoilers tease that Steve “Patch” Johnson (Stephen Nichols) is returning to Salem in a few months.

Soap Opera Digest confirmed that actor will be making another comeback and his first airdate should be in October.  Apparently, the actor is already on the set filming.

Ever since Steve left, Dr. Kayla Johnson (Mary Beth Evans) has been in romantic limbo and she has been pretty sad.  DOOl spoilers state that she feels guilty of her possible role in his drama and wonders if she was at fault.

Kayla worries that he may blame her and he is holding grudge against her.  Of course, the DAYS fans know that they are meant to be so it won’t take them long to squash whatever differences they have.

Days Of Our Lives Spoilers: Hope Realizes Ciara And Ben Have Taken Relationship To Next Level — How Will She Respond?

In August, Patch was sent to federal prison for espionage.  Kayla wasn’t to blame for anything, it was Stefan DiMera (Tyler Christopher) and DiMera Industries bionic eye invention.

DAYS Spoilers– Jack And Steve Will Catch Up

The DAYS spoilers state that by the time Steve comes on the canvas, Jack will have his memories back.  So, he will remember his brother and he can fully appreciate his return.

As for Stephen, he told SOD when he learned that DOOL wanted him to return he was shocked.

As for what’s going to happen with Kayla, he teased that the DOOL fans will have to wait and see what’s ahead for them.

“I do believe continuing to weave Steve and Kayla’s past into present-day story is intelligent writing,” he said at the time. “However, one day per week (or less) doesn’t give the fans enough time to live with these characters. Respectfully, hoping for a remedy to this.”