The Bold And The Beautiful Recap, Tuesday, April 30: Wyatt Catches Sally With Thomas–Zoe And Shauna Urge Flo Forget About The Baby 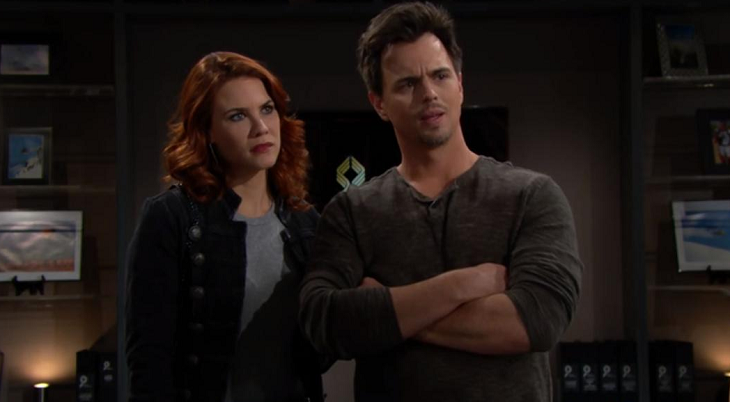 It begins at Flo’s apartment, where Zoe tells her that she can’t spend all of her time around Hope. They argue about what would happen, should Flo decide to tell Hope the truth about her baby. Zoe argues that this is all on Flo and her father Reese Buckingham (Wayne Brady) and that she and Shauna are simply accomplices after the fact.

She wants to make sure that everyone stays quiet and that they will never say a word about what happened in order to keep Hope happy and of course, Flo out of jail. Flo says that she is capable of making her own decisions and is tired of Zoe constantly harassing her.

Shauna, meanwhile, wants her daughter to have the life she deserves. She thinks that she should get to know the Logan family, take the job that Hope offered her and let the baby have a good life with her new mother, Steffy Forrester (Jacqueline MacInnes Wood).

At Forrester Creations, Hope has flashbacks to what happened the day that she lost her baby on Catalina Island. She thinks about the moment she went into labor. She then sees Thomas. The two of them look at some of her designs and admires them. Sally is also there and reminds Thomas that Hope is still married to Liam Spencer (Scott Clifton).

She’s right about that! #BoldandBeautiful pic.twitter.com/V2ZI00HA38

Thomas says that Hope was quite moved from the drawing that she thinks Douglas made of the three of them together. Sally isn’t impressed and tells him that he needs professional help. Wyatt then enters the room and asks if he’s interrupting something important. Sally tells him no and that there’s nothing going on between her and Thomas.

Later on, Thomas joins Hope, who is in deep thought about the past. She reveals that she misses Steffy and is thinking about Baby Phoebe all the time. She hopes they return from Paris soon. While Thomas is listening, Hope admits that she needs to open up more in order to let go of some of her grief.