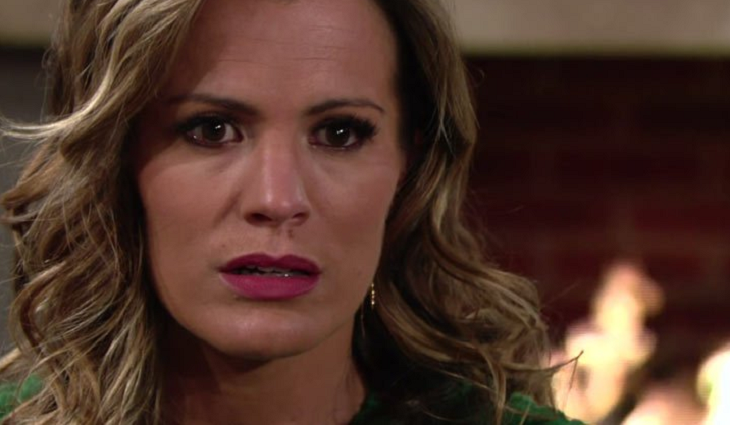 The Young and the Restless (Y&R) spoilers tease that Chelsea Newman is returning to Genoa City.  EW shared that Melissa Claire Egan will be reprising the fan-favorite role for a summer debut.  This is great news for many Y&R fans as they have greatly missed her presence on the show. Here’s what you need to know about what’s coming up on Y&R.

In January of 2018, after six years on the show, Egan tweeted that she was leaving the show.  She wrote, “This isn’t a final goodbye. This is just goodbye for now.”

She clearly left the door open for a return.  She may have known at the time that Adam would eventually return and she would be asked to come back then.

Without Adam in the picture, Chelsea started reverting to her old criminal ways.  She stole money and left with a big chunk of the cash.  Nick Newman (Joshua Morrow) was in love with her. Unable to live with the secret that Christian is Adam Newman’s (Mark Grossman) child, she left town.

For a brief moment, she almost left town with Christian.  Y&R fans are glad she didn’t do that as Victor Newman (Eric Braeden) and Nick would have moved mountains to find the tot.

Adam should be showing up soon on screen.  He is slated for a May sweeps comeback. Melissa’s first airdate won’t be for several weeks —  late-June, at the earliest.  She will begin taping next month.

At the moment, Y&R has not revealed anything about Chelsea’s returning storyline. Of course, the fans assume her comeback means that she either has been with Adam all along or she will hear about his return to GC and rush home to reunite with her husband.

One of the Y&R rumors is Adam will not remember his life with Chelsea at all. He will remember being married to Sharon Newman (Sharon Case) and he will believe she is the love of his life.  If that’s true, things could get pretty messy between Sharon and Chelsea.

Are you glad that Chelsea Newman is coming back? Don’t forget to come back to Hollywood Hiccups for more The Young and the Restless (Y&R) spoilers, news, and casting updates!