The Young And The Restless Spoilers: Dina’s Slipping Away– Jack’s Painful Decision 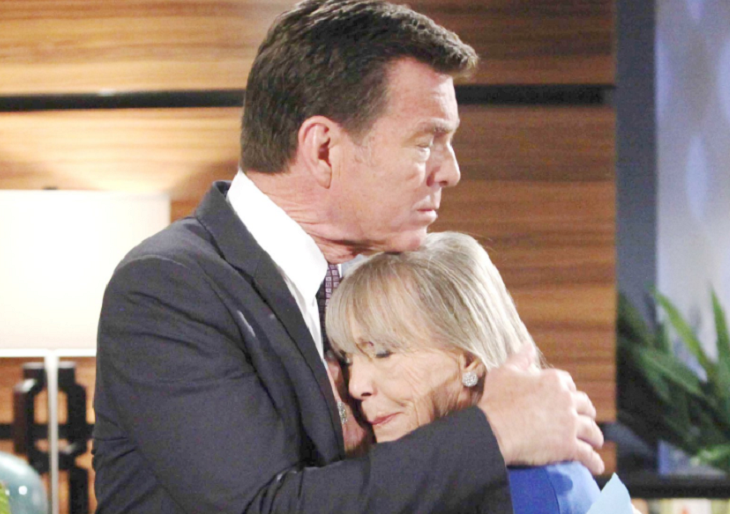 The Young and the Restless (Y&R) spoilers tease that Jack Abbott (Peter Bergman) will be faced with a hard decision soon about his mother, Dina Mergeron’s (Marla Adams) care. He’s realizing that he may need to consider putting his mother in a long-term facility as she is getting too much for her private nurse to handle alone. And, for Jack, that is a heartbreaking conclusion as he wanted her to stay in the Abbott family home until she died with her family around her. Here’s what you need to know about what’s ahead on Y&R.

After Dina has had several outbursts in the past several weeks, Jack takes her to her doctor to figure out what the problem might be. His worst fears were confirmed when the doctor said that her condition is getting worse. And, worse than that, the doctor recommended long-term care and removing her from his home.

Imagine Jack’s heartbreak. The Y&R fans will recall that Jack stepped down from Jabot by working from home and doing whatever he could to take care of Dina. He wanted her to stay with him in the family home until her death. But her care was too difficult.

As a compromise, Jack hired help which included a staff of nurses. And, until this latest setback, it’s been smooth sailing with Dina, aside from not knowing what her mood will be one moment to the next.

Young And Restless Spoilers– Jack Will Need Time To Decide

After Dina’s doctor recommends a long-term facility to handle her care, Jack will need time to process the information. Y&R spoilers say that he will talk to his family to find out what they think they should do.

The Young And The Restless Spoilers: Tuesday, April 30 – Phyllis’ New Venture Is A Go – Summer Wants To Stay At Jabot – Rey Gets A Sidekick

Jack may suggest they hire a bigger staff to care for her. It’s pretty much a given that Ashley Abbott (Eileen Davidson) will veto that and want to admit her to the nursing facility since that is what her doctor suggested.

Y&R spoilers say this will be difficult for Jack as he will have to admit that his mother’s disease is progressing and his time with her is limited. It will be a heartbreaking time for all the Abbotts as they try to figure out what’s best for Dina.

Do you think Jack will agree to a long-term facility for his mother? Don’t forget to come back later for more The Young and the Restless (Y&R) spoilers, news, and casting updates!