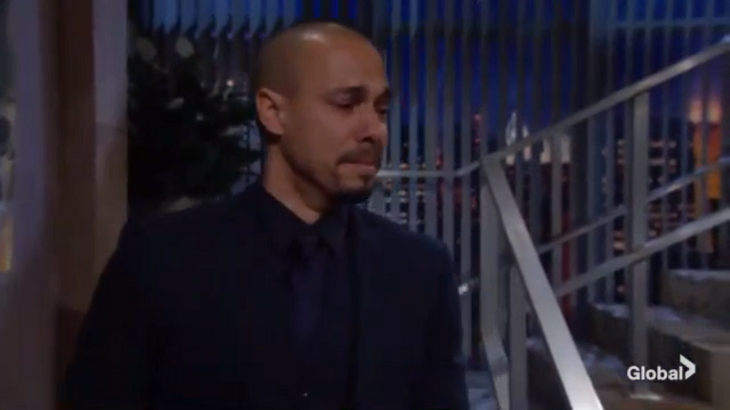 The Young and the Restless (Y&R) spoilers tease that the sudden death of Neil Winters (Kristoff St. John) is creating a natural, collective reaction among his family and friends. He was a beloved member of Genoa City.

St. John’s passing in early February, from hypertrophic heart disease, was unexpected. His loss impacts all who knew him personally, as well as the legions of daytime fans who came to know this true actor and artist across the decades.

Y&R faced a different circumstance with the loss of this particular cast member than it did when Jeanne Cooper (Katherine Chancellor) died in 2013. She had been ill for a while, lived a full life, and was honored by an arc that wrapped her character’s life and afforded tribute episodes that allowed the cast to speak about their colleague and friend.

Executive producer Tony Morina, co-executive producer Tony Morina, and the other backstage powers at this iconic soap are responding to St. John’s passing by also having a tribute episode, where his colleagues, both past and present, including the iconic Victoria Rowell (Drucilla Winters) and the great Shemar Moore (Malcolm Winters), speak about their friend. Y&R is delivering a fully enveloping story leading into that special show, where those who knew Neil gather at his funeral, speak about their personal connections to him, and then celebrate his life in the next episode.

The Young And The Restless Spoilers: Dina’s Slipping Away– Jack’s Painful Decision

The process of grieving is one that affects each person differently and is based upon experience. Those who’ve lost at least one other important person in their lifetime have, at least, a framework. Others, who’ve lost a number of people, or many, understand, in a more experienced way, what will unfold in the days, weeks, months, and years ahead. Some, who haven’t lost anyone close, come to a time like this in need of guidance.

Lily Ashby (Christel Khalil) and Devon Hamilton (Bryton James) lost their mother, Dru, more than a decade ago. Neil was there to help them get through it, as they were for him. But Moses Winters (Dax Randall), Neil’s youngest child, is experiencing this type of pain for the first time. He’ll need his siblings, along with his mother, Sofia Dupre (Julia Pace Mitchell).

Mattie Ashby (Lexie Stevenson) and Charlie Ashby (Noah Alexander Gerry) are similar to Moses, in that they’ll need guidance from their parents and others in dealing with their grandfather’s loss. Cane Ashby’s (Daniel Goddard) circumstance is unique, in that the latter days of his relationship with Neil were strained. So, the pain of losing the man who served as his first legitimate father figure example will be different.

Friends, including Victor Newman (Eric Braeden), Nikki Newman (Melody Thomas Scott), Ashley Abbott (Eileen Davidson), Jack Abbott (Peter Bergman), Jill Abbott Atkinson (Jess Walton), and others rise to similar planes. They can share experiences and infuse all other friendships with what they learned by being close to Neil, now.

Waves. That’s how many people describe what happens after a loved one passes. People believe they are making progress as time flows and then something, anything will trigger a flood of emotions that takes one back to the moment of loss.

Each person who knew Neil will continue grieving. But they will also be strengthened by memories and current recognition that affirm just how meaningful their relationship with him, was, is, and will continue to be. Y&R fans will also fondly recall Kristoff, the actor, the man, and the character he played as they continue watching the characters and the actors who knew and loved him.