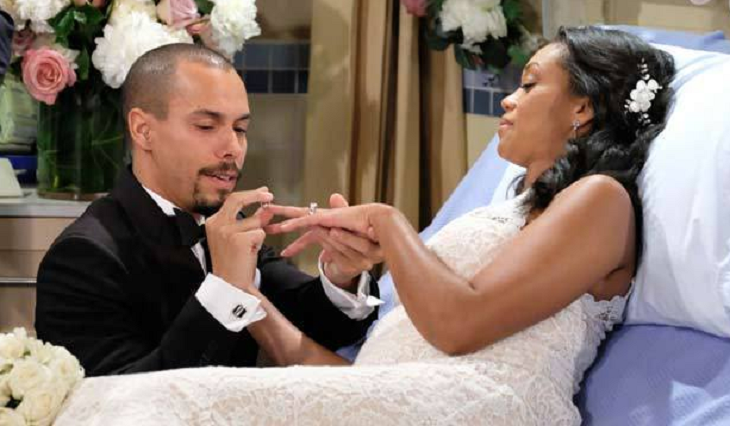 The Young and the Restless (Y&R) spoilers tease another fan favorite could be on her way back to the CBS soap opera.  Mishael Morgan, the actress who played Hilary Curtis, is the favorite to win a Daytime Emmy award this weekend.  She revealed details on her Emmy reel and if she would ever consider a return to Y&R.  Here’s what she had to say.

Mishael said she was thrilled to be nominated.  And, she thinks it will be tough to beat Laura Wright (General Hospital, Carly Corinthos).

“I have on it the scene with Phyllis (Gina Tognoni) where Hilary finds out she’s not going to make it. It also has her goodbye to Neil, which is very ironic and [surreal]. I submitted the last two scenes with Devon (Bryton James) before Hilary passed away,” Morgan said.

Would She Consider A Return To Y&R?

Mishael said that right now she is having a great time booking roles playing someone new all the time.  She went on to say that’s why she became an actor. However, she loves Young and Restless and she would jump at the chance to come back for another run.

“I think if I ever wanted to go back maybe they’d find a way to sneak Hilary back in [even though she died on-screen] or maybe someone who looks just like her. I respect the art form. I’ll never say no [to daytime]. I appreciate Y&R and I’m grateful for it,” Mishael said.

It’s clear the fans would love for her to come back.  And, it would make a great storyline for her to look exactly like Hilary and capture Devon’s attention. He may think he is going crazy, at first.  It would be a good storyline, should Y&R decide to do it.

As for Kristoff St. John (Neil Winters, Morgan said that he was a constant light on and off the show.  And, the world is a much darker place without him in it.

Would you like to see Mishael Morgan return to Y&R?  Sound off in the comments section below!