The Young And The Restless Spoilers: Wednesday, May 1 – Devon And Elena Have Dinner – Mariah Oversteps – Cane Bids Lily Farewell 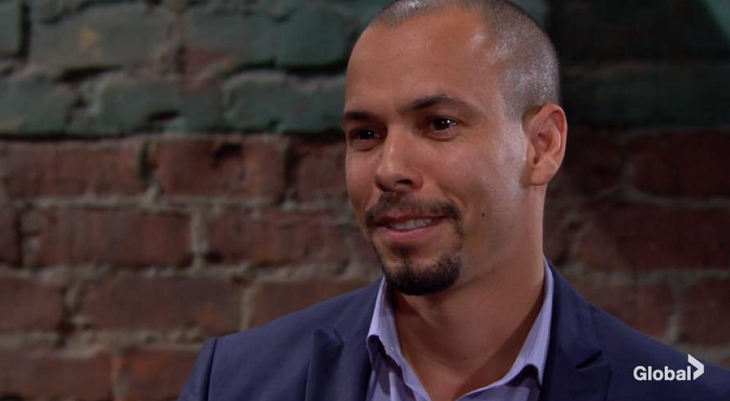 The Young and the Restless (Y&R)  spoilers for Wednesday, May 1, tease that Ana Hamilton (Loren Lott) and Devon Hamilton (Bryton James) will discuss Elena Dawson (Brytni Sarpy) at the penthouse. Devon will feel like the last thing he should be thinking about is dating, but Ana will remind him that Neil Winters (Kristoff St. John) would want him to be happy.

Mariah Copeland (Camryn Grimes) and Tessa Porter (Cait Fairbanks) will arrive at the penthouse and Devon will offer security for Mariah due to the brick-throwing incident at Crimson Lights, but Mariah will refuse. Devon will leave, but outside the door, he will take a deep breath, clearly struggling.

Meanwhile, Ana and Tessa will discuss some possible new images/looks for Tessa as a recording artist. Mariah won’t like any of them. Anna will turn the conversation to music and they’ll make a plan to head to the studio when Mariah announces that she’ll bring scones. Ana will put a stop to that, letting Mariah know that it should just be Tessa and the musicians in the studio. Mariah won’t be happy about that.

Next on Y&R, at Society, Lola Rosales (Sasha Calle) will chat with Abby Newman (Melissa Ordway) about Kyle Abbott’s (Michael Mealor) pending divorce from Summer Abbott (Hunter King). The talk will turn to Kyle’s big surprise for Lola, and Lola will imagine all the things that could go wrong.

Abby will guess that Lola’s stressed because it will be her first time making love, and Lola will be worried about meeting Kyle’s expectations. Abby will reassure Lola and tell her that if she loves and trusts him, then that’s all that matters. Meanwhile, Kyle will be up on the roof setting up his surprise for Lola.

Next on Y&R, at Crimson Lights, Cane Ashby (Daniel Goddard) and Jill Abbott (Jess Walton) will discuss Cane getting new divorce papers from Lily Ashby (Christel Khalil). Jill will tell him that he needs to find a purpose in life, but he will say that he won’t go back to Chancellor. Jill will remark that she doesn’t want him holding out hope regarding Lily for too long.

Then Traci Abbott (Beth Maitland) will show up and Jill will try to brush Traci off, clearly jealous that Cane had Traci to talk to while she was gone. Cane won’t want the ladies competing for him. Jill will ultimately ask Traci to join them for dinner, but Cane won’t feel like dining out.

Meanwhile, on the patio, Devon will encounter Elena and Jett Slade (Gilbert Glenn Brown), and they’ll discuss Jett making a new album and touring. Elena will warn that he needs to be careful, and Devon will suggest they all have dinner. Jett will decline, but Elena will accept the invitation. 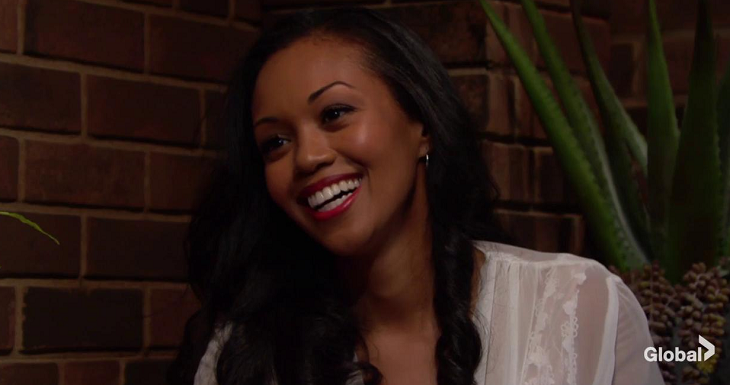 The two will enjoy their time together until Elena laughs and Devon imagines Hilary Hamilton (Mishael Morgan) laughing. He’ll seem distant for a moment, and Elena will question him. Devon will say that he hasn’t heard someone laugh like that for a long time and it’s nice.

Next on Y&R, on the Society building’s rooftop, Kyle and a blindfolded Lola will arrive to Kyle’s Florida-themed setup. He’ll remove her blindfold and she’ll see the setup and tell Kyle that it’s perfect.

At the Abbott estate, Traci will continue working on her book about a man left heartbroken. Meanwhile, in Chancellor Park, Cane will sit alone on a park bench.

Finally, on Wednesday’s episode of Y&R, Cane will walk into Crimson Lights and call Lily to make sure she made it back to Lakewood. He’ll tell her that he won’t call her again but that he’ll love her until his dying day.