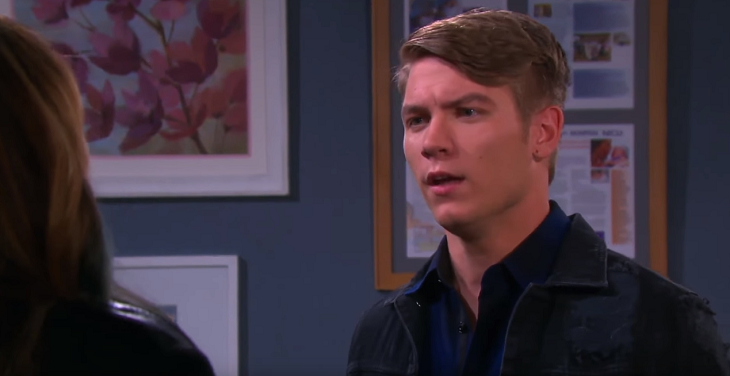 Lucas Adams, known for his portrayal of Days of Our Lives character, Tripp Dalton, landed a role in a new movie entitled Killer Ransom. Adams will play the role of Hunter in the movie that is written by Adam Meyer and directed by Ben Meyerson. He will be working with some former Days of Our Lives stars like Paige Searcy and Andrea Bogart. Other cast members include Chloe Ray Warmoth, Carlena Britch, and Adam Zastro, to name a few. Other details about the new film are still yet to be released.

Adams joined Days of Our Lives in March 2017 and has been portraying the character Tripp, until today. He was also known for his character Josh in Disney’s “Liv and Maddie.” He also appeared on other TV shows including “Grimm” as Peter Bennett, “True Blood” as Lou, Dexter as the 17-year-old Harrison, and The Young and the Restless as Wesley.

DOOL Actor Has Had Many Roles

Before he pursued a career in acting, Adams was acclaimed for his performance in various sports including football, basketball, and baseball. After graduating from high school, Adams decided to move to Los Angeles, California, to chase his dream of becoming an actor.

Apart from getting gigs on TV series, he also landed roles in films called “Urban Myths” and “The Wolves at the Door.”

In “Days of Our Lives,” Tripp will be at the center of Claire Brady’s (Olivia Rose Keegan) attention. Spoilers reveal that she will do everything to get Tripp’s affection. Her jealousy will force her to go to extremes. She’s expected to ramp up her badness now that Tripp is already married to Haley Chen (Thia Megia).

Meanwhile, Tripp will work with JJ Deveraux (Casey Moss) to make sure that Haley won’t be deported. Viewers of “Days of Our Lives” have to wait to find out just how things could get for Haley, especially with Claire around. She’s expected to have a mental breakdown, and it is quite obvious that she’ll be going after her rival, Haley.