Days of Our Lives Spoilers, Thursday, May 2: JJ Makes A Damaging Comment Against Jack– Holly’s Search Gets Desperate 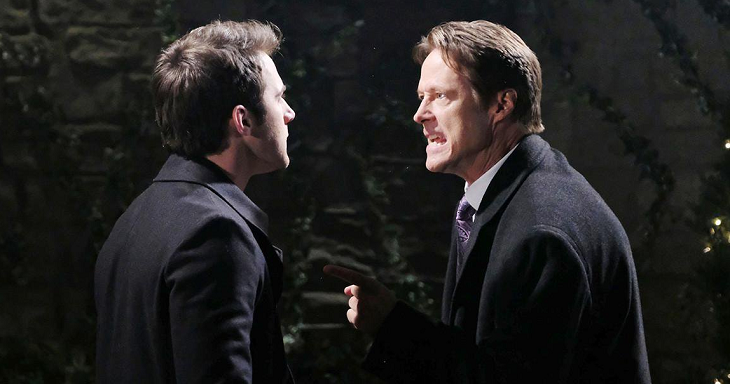 Days of Our Lives (DOOL) spoilers for Thursday, May 2 finds JJ Deveraux (Casey Moss) single-handedly trying to ruin his father Jack Deveraux’s (Matthew Ashford) becoming the next mayor of Salem. JJ still doesn’t forgive his father for what he almost did to Haley Chen (Thia Megia).

It begins with JJ making an insulting comment about his father to the media. For weeks now JJ has made it pretty clear that he doesn’t appreciate the fact that his father almost got his girlfriend deported out of the country.

What’s more, he also can’t understand why Jack would marry someone like Eve Donovan (Kassie DePaiva) while leaving his mother Jennifer Horton (Melissa Reeves) out in the dust.

With that said, Days of Our Lives spoilers tease that JJ will make some comments about his father that could potentially ruin his chances of winning the mayoral race. Jack’s numbers are going to take a huge hit in the pools after JJ’s statement leaves his father in panic mode.

And while JJ has tried to help his father numerous times in the past, it doesn’t look like their relationship will ever be the same after this. With only Eve by his side now, the only hope left for Jack is that he regains his memory and gets out of the situation that he is currently in.

Elsewhere, Rafe and Hope will put their differences aside to help find Holly. The little girl was kidnapped in the middle of the night at the DiMera mansion. A panic-stricken Chloe Lane (Nadia Bjorlin) blamed herself for the kidnapping, admitting that she should have been watching the kids rather than canoodling with Stefan DiMera (Bradon Barash) in a different room.

And while Rafe and Hope haven’t seen eye-to-eye lately, this mission might help them grow closer together. However, they have no idea that the person behind the kidnapping might be Hope’s long-time admirer, Ted Laurent.

Also, Nicole Walker (Arianne Zucker) will continue to lash out at Chloe, who will be seeking comfort from Brady Black (Eric Martsolf). Days of Our Lives airs weekdays on the NBC network.