The Young And The Restless Poll: Are You Excited That Chelsea and Adam Are Returning To Genoa City? Vote Now! 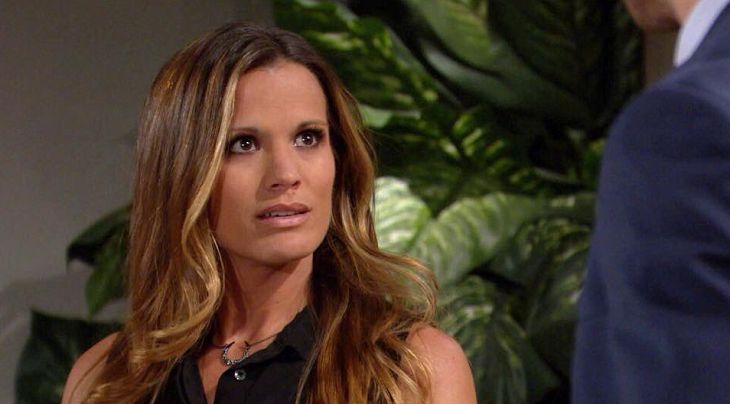 News that Melissa Claire Egan (Chelsea Newman) is returning to The Young and the Restless obviously is intended as part of a larger comeback arc. Combine Chelsea’s revival, likely to be seen as early as June, with an earlier confirmed buzz that the Adam Newman (Mark Grossman) recast was completed and the latest version of ‘Chadam’ is on.

When last fans saw her, Chelsea was walking toward the cabin where Adam, as then played by Justin Hartley, was handcuffed to a bed. Chloe Mitchell (Elizabeth Hendrickson), Adam’s longtime nemesis, who was unable to overcome her grudge regarding Delia Abbott’s (Sophie Pollono) accidental death, had shot a dart, laced with a sedative, into him.

Then, Chloe purposefully ruptured a gas line, which caused the cabin to blow up, seemingly causing Adam’s death. This is a very brief refresher of where ‘Chadam’ was in September 2016.

Y&R Spoilers– Will Chelsea And Adam Return Together?

Prior to Egan and Hartley’s on-screen work, the actress had paired with Michael Muhney in first creating one of Y&R’s top couples. So, discerning viewers will surely be comparing both previous duos to the one that is or will be forming.

The essence of any compelling comeback storyline involves the manner in which it’s done. Genoa City residents, except maybe Victor Newman (Eric Braeden), don’t know if Chelsea left town with Connor Newman (Gunner and Ryder Gadbois) last year to be with Adam. It could be possible that their dash from town had nothing to do with him, but that they happened upon Adam later, or that they still aren’t aware he’s alive.

Young And Restless SPoilers– Will Egan And Grossman Click?

Couples have long been the key to daytime, as they are to real life. Courtships (an old school, yet timeless sentiment), realized relationships, strife, breakups, reunites, and everything in between creates ongoing drama. Egan’s Chelsea, along with the two previous versions of Adam, surely had terrific sparks, as the fans affirmed.

Chemistry, that’s the key to any successful duo. So, will Egan, who worked wonderfully with Muhney and Hartley, click with Grossman and vice versa? Will Grossman prove to be the right pick as the next Adam? The answers to both questions will soon be seen.

Fans of The Young and the Restless rightfully express their opinions on a regular basis. So, are you excited that Adam and Chelsea are coming back to Genoa City? Please vote in our poll below!