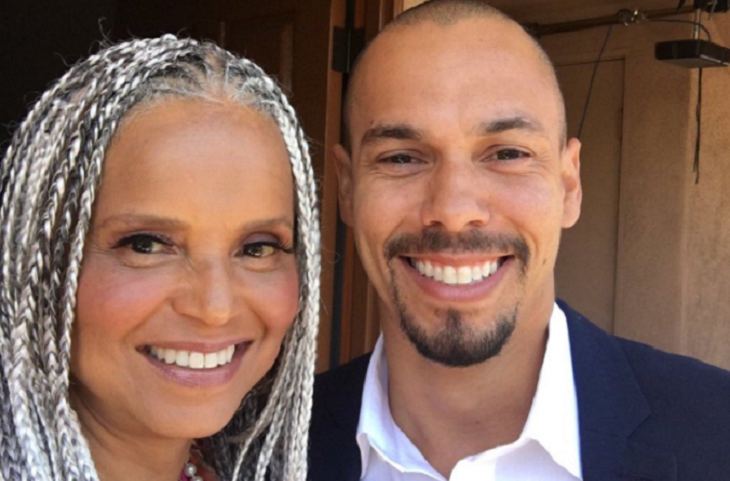 Victoria Rowell (Drucilla Winters) stands with the greatest actors who have ever appeared on The Young and the Restless. The iconic character she portrayed, Drucilla, will always live with the most important and memorable Genoa City residents.

So, might Rowell’s participation in the Kristoff St. John (Neil Winters) tribute episode represents a healing opportunity that allows Y&R to offer her a contract so she can rejoin the cast?

Clearly, Rowell’s participation was fully steeped in the love and respect she has for her friend and colleague. Y&R also did right by including the person who was, without question, St. John’s leading lady on this legendary daytime show.

Y&R Spoilers– Is There A Path To Dru’s Comeback?

The answer to the poll question cannot reasonably be answered in an instant. It would be too easy, now, to say that history prevents Rowell’s return. Y&R’s offer for her to be part of the wonderful show honoring St. John’s life and her acceptance proves that bridges can be crossed if the right set of circumstances exists.

It would also be too easy, now, to conclude that Rowell’s presence means that Y&R will offer her a recurring, or regular contract. Whether she would accept either offer is also a point to consider, as any person knows what’s best for one’s career.

Rowell’s Y&R run began in 1990, which was one year prior to St. John’s debut. Both actors often acknowledged, as Rowell continues to do, that their on-screen chemistry and equal collaboration created their indelible pairing.

St. John continued to lobby for Rowell’s return to the cast during the remainder of his tenure. The issues that she raised through the years, which appear to have precluded her comeback as a contract player, are understandable. They actually represent modest requests when honestly considered.

Young And Restless Spoilers– Kristoff Wanted Her To Return!

It’s understood that legal matters are taken seriously. But it is possible for work relationships to be healed over time, with mutual understanding, and an incorporation of what’s right, as proven by comparable progress.

The end of Drucilla’s storyline came in 2007 when she was believed to have tragically died. Regrettably, a revival of one of the most dynamic GC personalities never followed. That denied Rowell, the fans, and all within Y&R’s world the chance to benefit from whatever great work would have resulted from her comeback.

It is this author’s belief that Rowell is not only a uniquely talented actor but is, more importantly, someone whose efforts on behalf of others, over the course of many years, represents a genuine call for fair play within the entertainment industry. Yes, that’s a subjective assertion. But what legitimate counter-arguments exist?

Fans of ‘The Young and the Restless’ rightfully express their opinions on a regular basis. So, might Victoria Rowell rejoin Y&R’s cast in the future? Please vote in our poll below!

The Young And The Restless Spoilers: Couples Temptation, Skyle Wedding And Snick…

The Young And The Restless Spoilers: Adam Shaken By Sally – Nick Provokes Next Newman…