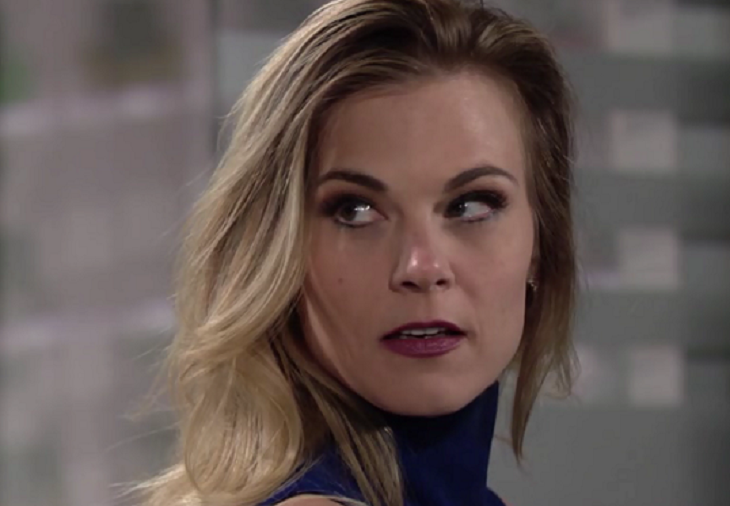 The Young and the Restless (Y&R) spoilers tease that Gina Tognoni’s run as Phyllis Abbott is coming to an end. The actress posted a series of Instagram posts to document her last few days on the set.

It’s clear that she is sad about leaving the show.  And, the truth is, the Y&R fans are just as upset that she’s vacating the role of Phyllis.

Y&R Spoilers– A Phyllis Swap Is Coming Up

By now, almost all Y&R fans have heard the news that Michelle Stafford will step back into the role of Phyllis.  Gina, who has played Phyllis for five years will walk away.

Tognoni posted to her Instagram account on Tuesday, “Day 1 of my last Week ❤️My Heart is feeling the love. My respect for the craft and the space in which we create is important on every level to me. @mattykane1 My flowers Are extraordinary… like you #jerseystrong.”

Day 1 of my last Week ❤️My Heart is feeling the love. My respect for the craft and the space in which we create is important on every level to me. @mattykane1 My flowers Are extraordinary… like you #jerseystrong

With this week being her last week of taping, we’ll see her throughout the month and possibly into the first part of June. There is no word yet on the exact date of her final episode, nor Michelle’s debut show.

Y&R Fans Are Still Sore About The Casting Shakeup

Even after some time to reflect on the change, the viewers are still pretty upset about the change.  They cannot believe that Y&R decided to give Gina the boot to make room for Stafford.

Part of the fan disapproval stems from an interview Michelle did in 2014.  She told SOD that she had no plan to ever play Phyllis again.  She wished Gina well in the role, but she felt she had nothing left to prove to her Phyllis fans.

The Y&R fans got used to Tognoni and grew to love her.  The change upset them, especially since they feel that she was given a bad deal by being replaced by the actress she initially replaced five years prior.

Hollywood Hiccups wishes Gina Tognoni the best.  We cannot wait to see what she does next.  We’ll keep you updated on her final episode date as soon as CBS released the information.