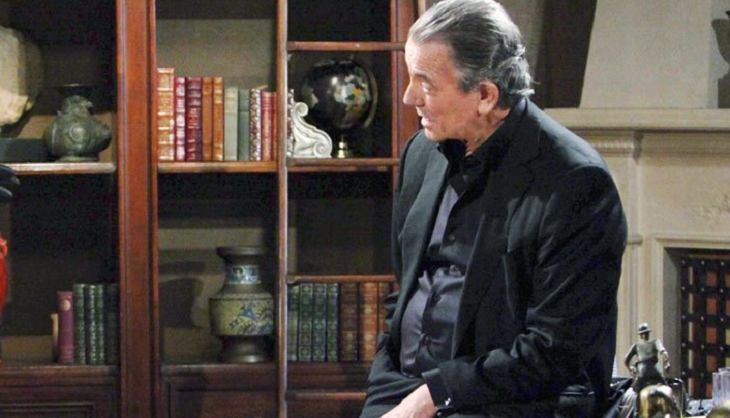 The Young and the Restless (Y&R) spoilers for the week of May 6 tease Victor Newman (Eric Braeden) will be forced into a confession. Rey Rosales (Jordi Vilasuso) and Sharon Case) headed to Las Vegas to look into Victor’s business dealings.

When they get too close to the truth — Victor being backed into a corner– decides to confess what he’s doing there.  And, the truth will stun Rey and Sharon.  Here’s what you need to know about what’s coming up on Y&R.

Y&R Spoilers– Rey And Sharon Inch Closer To The Truth

Y&R spoilers state that Rey announces to Sharon he is headed to Vegas.  However, she refuses to let him go alone. Tagging along, Sharon and Rey nearly crack the case.  They stumble on evidence that Victor is in town seeing his son, which stuns Sharon.  She isn’t sure what son he’d be visiting.

Of course, Sharon jumps to the conclusion that Victor had a secret son that no one knew about and that is why he’s keeping Nikki out of the loop.  However,  Sharon gets a call from Victor for her to come to see him because he wants to tell her something.

IN a move to protect Adam Newman (Mark Grossman) from being discovered, Victor calls Sharon to come to chat with him.  Victor knows that Sharon and Rey are hot on his tail and just about to discover that Adam is alive.  Left with no choice, Victor decides to come clean and make a plea to Sharon to keep Adam’s existence a secret from the family.

Y&R spoilers say that when Victor tells Sharon that Adam is alive, but he has some memory loss — she is shocked.  She cannot believe he survived another near-death experience.  She promises to keep it a secret but urged Victor to tell the family soon.

Victor realizes that this has to come out, but he was scared of how Nick Newman (Joshua Morrow) would react to the news.  All Sharon knows, when it comes out that Adam’s alive, everyone will be completely shocked.

Will Sharon keep the Adam secret?  Don’t forget to come back later for more The Young and the Restless (Y&R) spoilers, news, and casting updates!