Days Of Our Lives Spoilers: Ted And Xander Lets Everyone Believe Holly Dies In Explosion 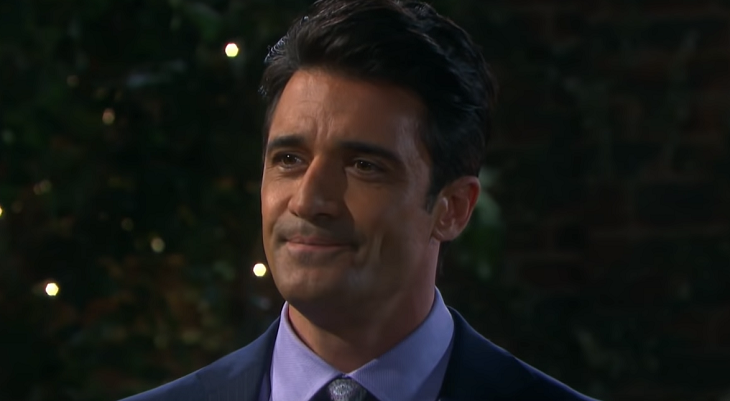 Days of Our Lives (DOOL) spoilers tease that Ted Laurent (Gilles Marini) and Xander Cook (Paul Telfer) will reach a new low. They’ve kidnapped Holly Jonas (Harlow and Scarlett Mallory) from the DiMera mansion, and everyone is in a state of panic trying to find the little girl.

In the coming days, Nicole Walker (Arianne Zucker) will remain completely devastated while Holly is missing. She’ll be frantic to find her little girl, and the Salem PD will work around the clock looking for Holly, with Hope Hernandez (Kristian Alfonso), Rafe Hernandez (Galen Gering), and Eli Grant (Lamon Archey) working tirelessly to find her.

DOOL Spoilers– Is Holly Hurt In The Explosion?

And of course, Ted will be following the investigation closely, and since he’ll be privy to what the police are doing and what they’ve uncovered, he’ll be able to tip Xander off so that they stay one step ahead of the police at all times. And ultimately Ted and Xander will pull off a move that will horrify everyone and absolutely devastate Nicole.

Days of Our Lives Spoilers, Friday, May 3: Hope And Rafe Reunite — Will They Find Holly Alive?

Days of Our Lives spoilers indicate that the Salem PD will finally get a lead on Holly’s whereabouts. Holly will be riding in a van when a terrible accident occurs. Exactly what transpires remains to be seen, but DOOL spoilers say that Rafe will disobey a direct order from Hope, and that the van will go off the road and over a precipice.

It’s likely that Rafe is chasing the van when he shouldn’t be, but whatever the case, Rafe and Ted will be on the scene and they’ll try their best to get to the van to determine whether there are any survivors. But before they can get to the van, it will suddenly explode, and everyone will assume that Holly perished in the explosion.

DAYS Spoilers– Ted And Xander Pulls A Fast One

Of course, everyone will be shattered by the turn of events, but what they won’t know is that Holly did survive the accident and that Ted and Xander have her. It’s unclear at this point exactly who gets Holly out of the van before the explosion, but at least viewers will know that she survived.

Of course, Nicole won’t know that her daughter made it out alive, and she’ll suffer tremendously. And all the while Xander and Ted will be on the scene, watching Nicole and others suffer at the “loss” of Holly. DOOL spoilers indicate that Xander will directly interact with Nicole going forward, so he’ll witness her pain firsthand while knowing that Holly is actually alive.

And of course, Ted will probably be right there to comfort Hope as she deals with the fallout from Holly’s “death.” According to Days of Our Lives spoilers, Hope will face backlash and the loss of her job as a result of the way Holly’s kidnapping was handled, and Ted will be right there by her side.

It will be interesting to see just how long it takes until Nicole and others find out that Holly survived the accident and the explosion, but it looks like it will be a while, as Xander and Ted clearly have a motive for keeping Holly captive. When do you think Nicole will get her daughter back?

As always, more detailed spoilers and a full collection of pictures for the week in question will appear on Soap Opera Spy, where there will be more clues and hints over exactly what’s going on. Stay tuned to Days of Our Lives and keep checking DOOL spoilers frequently for all the latest news, updates and developments! In the meantime, come back to Hollywood Hiccups for all the latest spoilers right here.