The Bold And The Beautiful Recap, Thursday, May 2: Flo Feeling The Pressure At Forrester Creations –Ridge Is Anxious About Flo Working With Steffy 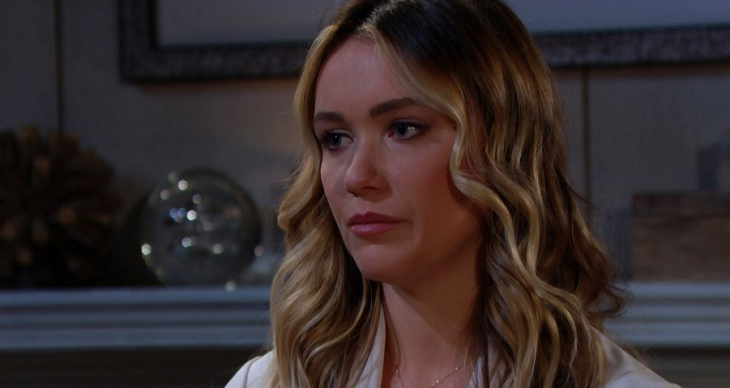 The Bold and the Beautiful (B&B)  recap for Thursday, May 2 finds that Flo Fulton (Katrina Bowden) is growing increasingly close to Hope Logan (Annika Noelle) and even wants to work with her on her new designs.

At Forrester Creations, Hope continues to say nothing but great things about Flo to Brooke Logan (Katherine Kelly Lang) and offers her a job to work with her on her new line. However, Hope is worried that this might make things awkward with Steffy Forrester (Jacqueline MacInnes Wood) considering that she still thinks Flo is Phoebe’s biological mother.

In the design room, Xander notices that Zoe looks distracted. He’s concerned about her and thinks she’s been stressing out too much over her father’s shady dealings. Xander tries to comfort Zoe, but she keeps on thinking about what might happen if Flo lets the cat out of the bag about their little secret. Zoe tells Xander that he has nothing to worry about and that their relationship is solid for now.

The Bold And The Beautiful Spoilers: Xander Wants Zoe To Confide In Him – Will She Spill Baby Swap Secret?

At Flo’s apartment, Shauna tells her daughter not to try or say anything that might put her behind bars. Flo understands, but she says that she is having a hard time moving forward knowing that she’s got so much guilt inside of her.

Shauna then tags along with Hope to Forrester Creations. Shauna introduces her mother to Ridge and explains that her mother works at a boutique in Las Vegas. Ridge tells Flo that his family is grateful for all that she has done so far. Both Brooke and Hope assure Shauna that the Logan family will look after Flo after she goes back to Las Vegas. Hope notices that Flo is silent and can’t help but wonder if she’s thinking about Phoebe. Flo admits that it’s complicated. Hope then asks Flo to come work with her once again.