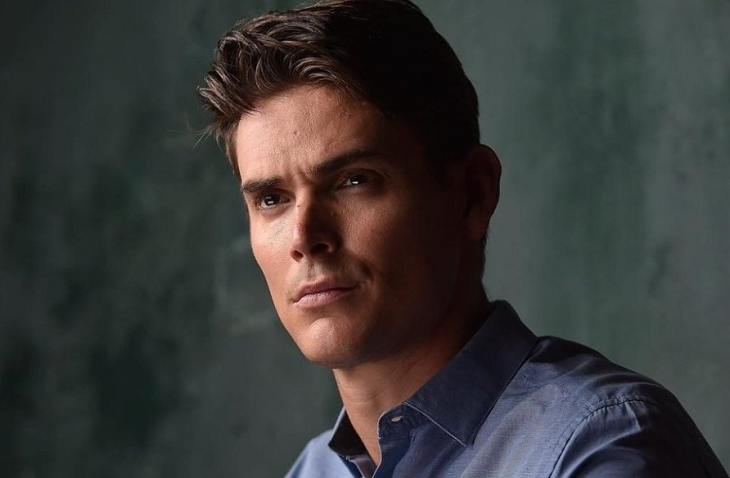 The character of Adam Newman (Mark Grossman) is returning to The Young and the Restless. Readers of this comprehensive soap site have known about the Grossman recast for awhile and now are watching the beginnings of what will be an epic comeback arc play out.

The setup has Adam having lost his memory. Victor Newman (Eric Braeden) apparently retained a psychiatrist who specializes in memory recovery to work with his ailing and obviously alive son.

Victor is perturbed that the doctor hasn’t been able to make progress with Adam. Likely still suffering from the effects of the cabin blast that Chloe Mitchell (Elizabeth Hendrickson) caused in September 2016, Adam somehow was taken to, or made his way to Las Vegas, Nevada, at some point in the last two-plus years. When and how Victor came upon him isn’t yet known.

A briefcase suit full of hush money was provided by the ‘Moustache’ to the psychiatrist to buy his silence, as Adam is actually on the lam. Devoted Y&R fans recall that Adam (as then played by Justin Hartley) was being sent to prison to serve a long sentence when Victor helped him escape.

Adam had a chance to make amends with Victor and Nick Newman (Joshua Morrow) before he was supposedly killed. But he surely didn’t do so with Chloe, who still holds a grudge for Adam’s accidental and, at the time, initial unknowing run-down of Delia Abbott (Sophie Pollono).

Y&R is crafting a different type of Adam revival storyline than it did in 2014 when Hartley was recast in the role Michael Muhney previously filled. Back then, Adam was said to have lived through a fiery SUV crash that he endured with Billy Abbott (as then played by Billy Miller). Radical reconstructive surgery enabled Hartley to eventually take over and make his way back to Genoa City.

Whether the latest real-life face change is written into the current plot or is part of the suspension of disbelief scenario that soaps often use within this genre will soon be known. In either regard, the meat of this arc is sure to be compelling, as Victor continues the rescue process, after which he’ll work on redemption for is surviving son Adam.