The Young and the Restless (Y&R) spoilers for the week of May 6 tease that Jill Atkinson (Jess Walton) will have a moment of jealousy as she realizes Cane Ashby (Daniel Goddard) is leaning on Traci Abbott (Beth Maitland) instead of her.

It will be an awkward moment for Cane as he tries to get the women to play nice with each other. Here’s what’s coming up on Y&R.

Traci has been helping Cane deal with his life.  Y&R spoilers state that Cane has been spirally downward ever since Lily told him she wanted to end their marriage.  As you can imagine, for Cane, that was a shocker as he thought they could get through anything. 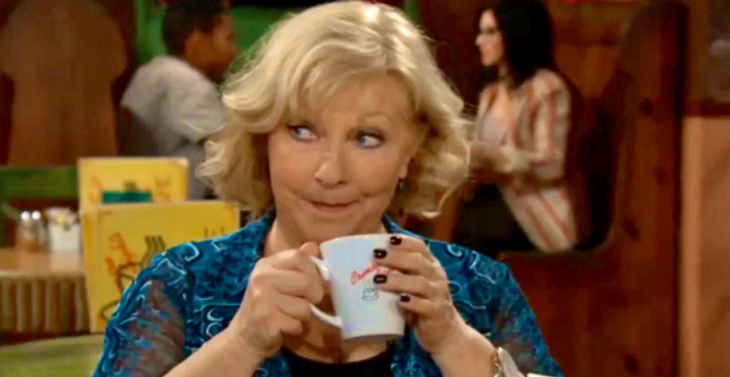 After all, they have been through multiple cheating incidents, a child conceived by one of his affairs, family arguments, and a prison sentence.  He thought nothing can break them as a couple. As it turns out, prison is what finally ended his marriage.   And, Lily Winters (Christel Khalil) walked away from Cane to teach at the prison she spent nearly a year as an inmate.

Y&R spoilers state that Traci offered her advice to Cane and she was his sounding board.  She helped him realize that to get his marriage to Lily on track, he has to change himself.  While that might not save his marriage right now, Traci felt that if he did the work on himself, eventually, Lily would be drawn to him.  Cane hopes that happens as he cannot imagine going through his life without her by his side.

Y&R spoilers tease that Jill comes back into Genoa City, expecting Cane to depend on her as his method of relationship advice. Imagine her surprise when she finds out she’s been replaced by Traci Abbott!

Jill is pretty sure there Cane and Traci are just friends, but she cannot help feeling jealous over their bond.  She wonders if she should stick around in GC a little longer — so she can be there for Cane and her son, Billy Abbott (Jason Thompson).

Would you like to see Traci and Cane develop into a romantic relationship?  Are you glad there will be more JIll scenes coming up in the next few weeks?   Don’t forget to come back for more The Young and the Restless (Y&R) spoilers, news, and casting updates!