The Young And The Restless Spoilers: Moved by Neil’s Passing– Nikki Urges Victoria To Reunite With Billy– Will She Take Mom’s Advice? 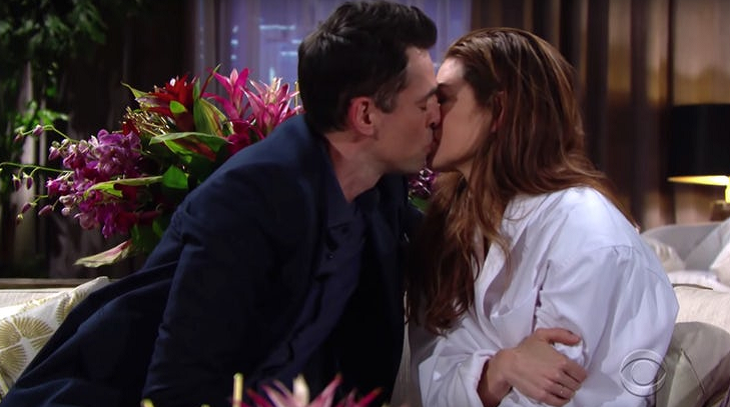 The Young and the Restless (Y&R) spoilers tease that Nikki Newman (Melody Thomas Scott) will give her daughter, Victoria Newman (Amelia Heinle) a piece of advice that could change her life. The question is will it change her life for the better or worse?  Here’s what you need to know about what’s ahead on Y&R.

After Neil Winters’ (Kristoff St. John) funeral, Nikki was moved by the way he lived his life.  He was a positive person who always saw the good in everything.  It prompted Nikki to look at her own life and her family’s dynamic.

The first thing she looked at was her relationship with her husband, Victor Newman (Eric Braeden). She knows that Victor loves her but he also is pretty good about keeping her in the dark.  So, she decides to confront that head-on by hiring Rey Rosales (Jordi VIlasuso) and later flying out to Las Vegas to reunite with her husband.

Young And Restless Spoilers– Will VIlly Get Back Together?

The spoilers state that Nikki will urge her daughter to consider getting back with her ex-husband, Billy.   she will urge her to do whatever it takes to take advantage of the time you are given on this earth.  Of course, Victoria will listen to her mother’s advice and consider Billy’s offer for remarriage.

Y&R spoilers state that things will go very well for Victoria and Billy.  With Victor away, the couple can focus on rebuilding trust and bonding.  They can spend time with their children and forming a family unit again.

Victoria’s fear is when her father comes back home that he will insert himself into her relationship with Billy.  She knows that her dad isn’t a fan of Billy and he will not hold his tongue on pointing out all of Billy’s past mistakes.

Can Billy and Victoria make it for the long haul?  Will Victor accept Billy as Victoria’s chosen husband, if it comes to that? Will Nikki let Victor know that she pushed Victoria to reunite with Billy?

Don’t forget to come back to Hollywood Hiccups later for more The Young and the Restless (Y&R) spoiler, news, and casting updates!