Days of Our Lives Spoilers, Monday, May 6: Hope And Rafe’s Marriage Implodes–John And Marlena Celebrate 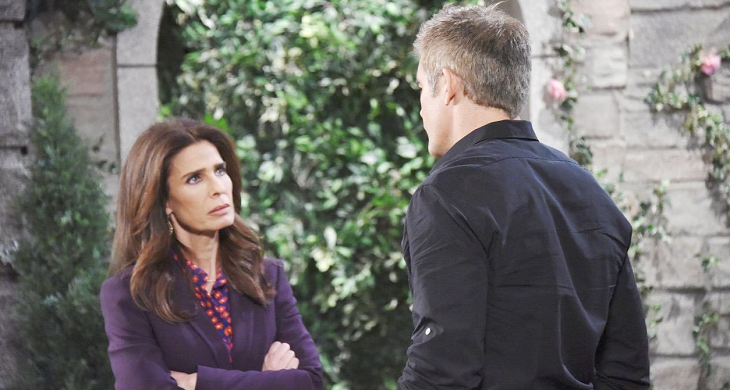 Days of Our Lives (DOOL) spoilers for Monday, May 6 finds several things happening at once. Not only is Salem gearing from one of the most exciting mayoral elections that the town has ever seen, but there will also be plenty of twists and turns that fans can expect. Here’s what you need to know.

It begins with John Black (Drake Hogysten) and Dr. Marlena Evans (Deidre Hall) celebrating their six-month anniversary at the pub. It hasn’t been an easy six months, but they’ve made it and most importantly, they’ve survived.

Now that Diana Cooper (Judith Chapman) is no longer around to cause havoc between them, John and Marlena can finally celebrate their love in peace. However, nothing remains peaceful in Salem for too long. Thankfully, John and Marlena will be able to enjoy their anniversary without any dramatic interruptions – for now.

Unfortunately, the same can’t be said about Hope Brady (Kristian Alfonso) and Rafe Hernandez (Galen Gering) and the current state of their marriage. Even though both have made it pretty clear that they still love each other, their marriage has been quite rocky in recent months. And even though they’ve teamed up together to help find Holly Jonas, Days of Our Lives spoilers that Hope and Rafe’s marriage will soon implode. If there is one person in Salem that will be happy to see that happen, it’s Ted Laurent (Giles Marini).

Elsewhere, Ben Weston (Robert Scott Wilson) and his girlfriend Ciara Brady (Victoria Konefal) will be forced to break difficult news to Stefan DiMera (Brandon Barash) and Chloe Lane (Nadia Bjorlin). Just when you thought that things couldn’t get any worse for Chloe, she gets hit with yet another terrible blow.

Also, fans can expect Jennifer Horton (Melissa Reeves) to return home just in time to run into Jack Deveraux (Matthew Ashford). He doesn’t have his memory back yet, but he feels as though Jennifer does mean something to him. It won’t be a pleasant run-in. And finally, Claire Brady (Olivia Rose Keegan) will deliver some good news to Eve Donovan (Kassie de Paiva). This will result in Eve giving Haley Chen (Thia Magia) an ultimatum.