The Young And The Restless Spoilers: Adam Reveal Unfolds – Rey and Sharon Part of Mystery 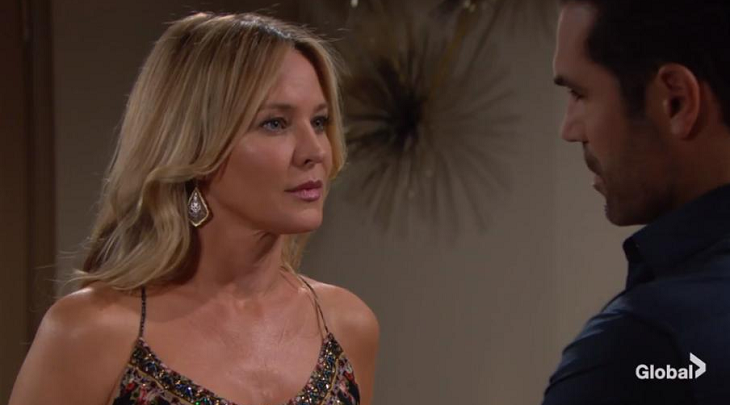 The return of Adam Newman (Mark Grossman) to The Young and the Restless isn’t a surprise. Fans have known for weeks that Y&R recast the role that was last played by Justin Hartley. But the mystery of how Adam survived the cabin blast and what he’s been doing since September 2016, is unfolding.

Writing Victor Newman (Eric Braden) into the center of this sure-to-be epic arc makes sense. Mixing Sharon Newman (Sharon Case) in is okay, as she was involved with Adam before ‘Chadam’ became a couple. Having Rey Rosales (Jordi Vilasuso) work as a private investigator, on behalf of Nikki Newman (Melody Thomas Scott), who’s concerned about her husband’s welfare, well, that’s a bit of a stretch.

Vilasuso is a solid daytime veteran. His acting chops aren’t being questioned, as the character he’s playing has fit nicely into Genoa City. Placing Rey in Las Vegas, Nevada, feels a bit pushed. But fans understand that the show intends this character as one of its male leads and so they’ll go with that.

While Paul Williams (Doug Davidson) is working on Rey’s soon-to-be ex-wife’s soon-to-be arrest for attacking Lola Rosales (Sasha Calle), Victor is attempting to keep his younger son’s resurrection secret. Victor needs to do that because Adam will revert to being a fugitive from justice if the authorities learn he’s alive.

Purposefully, Rey is no longer an official lawman. So, when Sharon learns of Adam’s existence she’ll be able to share that information with Rey in hopes that he doesn’t feel compelled to pass it along.

Young And Restless Spoilers– Will Rey Tell Paul About Adam?

Vilasuso’s character won’t be obligated to turn Adam in, as he just told Paul that he’s not interested in returning to the force. Of course, Rey said that because he can’t investigate the side job Paul offered due to the existing knowledge he has of Mia’s guilt and the conflict of interest he has as her still-current husband and potential father of her child.

If Y&R sent Sharon and Rey to Vegas, then it must want both characters to be part of a possibly stretched mystery reveal. Having Victor confide in Sharon isn’t something that would normally happen, but in this circumstance, it will work into the Adam comeback arc.