The Young And The Restless Spoilers: Is It Time For Drucilla Winters To Genoa City? Lookalike Stuns GC — Victoria Rowell’s Possible Comeback! 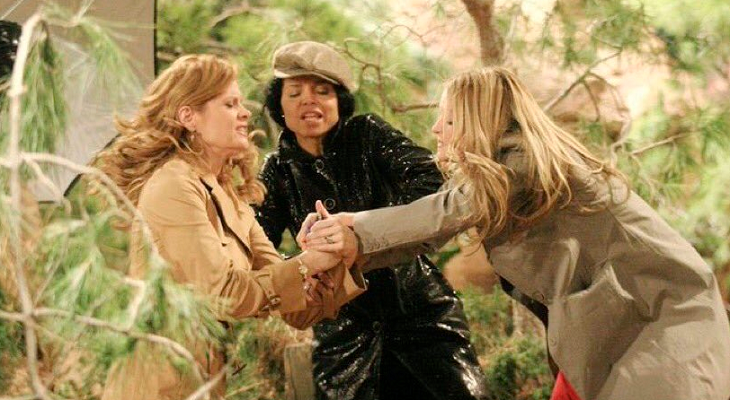 The Young and the Restless (Y&R) spoilers tease that Victoria Rowell, the actress who plays Drucilla Winters could make a comeback. Most y&r fans have campaigned for her to come back to the show. However, what’s made it more difficult for her to return was her lawsuit against Sony.

Rowell has fought for change for the past couple of years. Since leaving Young and the Restless, Victoria has fought for more diversity behind the scenes on soap operas.

For example, the actress wanted to have a woman of color assigned to do her hair and makeup. However, that never happens. Instead, she claims that Sony made it difficult for her to even continue with her contract. As a result, Victoria filed a lawsuit against them and unfair practices, specifically against persons of color.

The Young And The Restless Spoilers: Adam Reveal Unfolds – Rey and Sharon Part of Mystery

Young And The Restless: Victoria’s A Wonderful Actress

The one thing that no one can deny is a fact that Victoria is a great actress. When she was on Young and the restless, everyone loved her. Drucilla was one of the best characters of all times. She had a close-knit friendship was Sharon Newman (Sharon Case).

No other woman has ever created this kind of bond on the show with Sharon. Whenever Dru would have marital problems with Neil Winters (Kristoff St. John), she would go to Sharon for advice.

Drucilla is also needed for children, as they just lost their father. It would make their whole year if for some reason Drucilla could come back home. understandably, they won’t be able to wrap their minds around the fact their mother survived that fall on the cliff. And many ways Dru’s return could be bigger than Adam Newman’s at least with the longtime Y&R fanbase.

Y&R spoilers– Would Dru’s Return Be Bigger Than Adam’s?

So is it time for Drucilla to come back? Of course, it is!! It’s definitely time for her to come home. Likewise, it’s time for Lily Winters (Christel Khalil) to come back to Genoa City to live.

The fact is, the best way to pay tribute to St. John is to bring Drucilla back to Y&R. He had worked for so many years trying to get her back. And now that he’s gone, it’s time to honor everything he did to get his on-screen wife back on the air.

So, Y&R fans, do you want just a little comeback? Don’t forget to come back for more soap opera spoilers, news, and casting updates!

And as always, don’t forget to check back with Hollywood Hiccups for all the latest news, updates and spoilers on The Young and the Restless (Y&R) and all of your favorite daytime television shows right here!
Continue Reading