The Young And The Restless Weekly Spoilers, May 6-10: Mia Gets Arrested- Sharon Calls Adam- Rey Asks For A Paternity Test 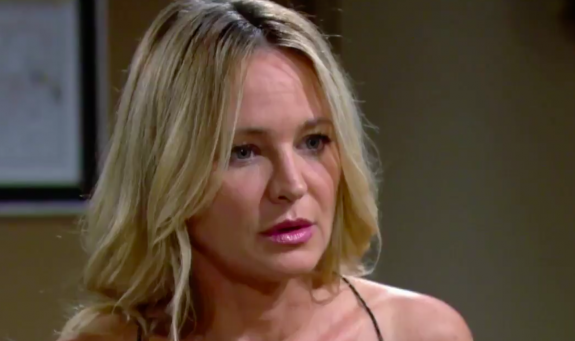 The Young and the Restless (Y&R) spoilers for the week of May 6 tease that major drama is coming for the CBS soap opera. On Monday’s show, Victor Newman (Eric Braeden) will ask Sharon to talk to Adam Newman (Mark Grossman), but she will feel conflicted on if she should get involved.

Also, Mia Rosales (Noemi Gonzalez) will face her judgment day when Paul Williams (Doug Davidson) places her under arrest for Lola Rosales’ (Sasha Calle) attempted murder. Here’s what you need to know about what’s coming up on Y&R.

Young And The Restless Spoilers: Mia Rosales Is Arrested

So far, Mia has been able to push Paul aside and he hasn’t looked into her involvement in Lola’s attack. But that will all change this week. And, not only will Lola get arrested but her estranged husband, Rey Rosales (Jordi Vilasuso) will ask her for a paternity test.

The Young And The Restless Spoilers: Is It Time For Drucilla Winters To Genoa City? Lookalike Stuns GC — Victoria Rowell’s Possible Comeback!

Rey is worried that the baby she is carrying may not be his child. And, he’s right to be concerned as she admitted the child could be his brother, Arturo Rosales’ (Jason Canela), baby. What will the paternity test reveal?

After Sharon Newman (Sharon Case) talks to Victor, she calls Nick Newman (Joshua Morrow) and lets him know that his brother Adam is alive.

At first, Nick was confused about how Adam could have survived the explosion. He saw the blast with his own eyes. Sharon assured Nick that she believed that this is really Adam and not a scam.

Y&R spoilers state that by the end of the week, Sharon will call Adam on the phone. She will tell him that a long time ago, they were important to each other.

As Sharon talked to Victor, it was clear that Adam is still very important to her–especially considering it came out that Christian Newman is his son, not Nick’s.

Sharon was concerned about how Adam would affect her relationship with Rey. The former cop squashed that right away and let her know that he will be by her every step of the way. He added that if Adam is important to her, he is to him as well.