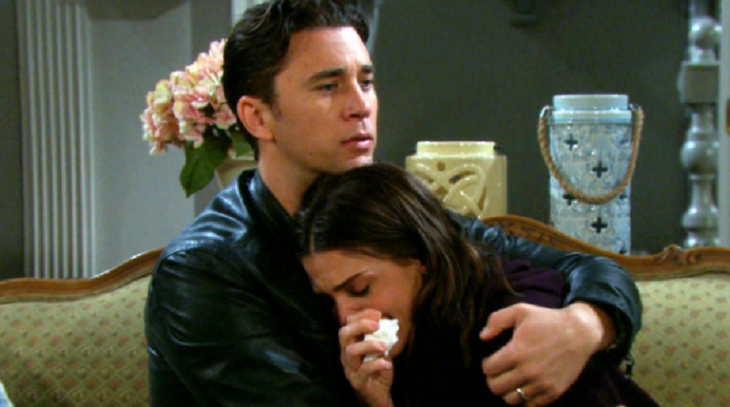 Billy Flynn, known for his role as Chad DiMera, confirmed his return to Days of Our Lives during the Daytime Emmy red carpet.

His exact return date to Salem has not yet been released but fans of the soap can expect to see him soon along with Kate Mansi, who plays Abigail DiMera, back on screen again this fall. This could be the big surprise that Mansi has been teasing her followers about, although she has not made any announcement yet about her return.

DAYS Spoilers– What Brings Them Back To Salem?

It was on August 8, 2018, when Flynn’s exit from Days of Our Lives was made public and his last airdate was last February 21. Viewers may recall that they last saw Chad and Abigail in Salem when the former accepted a job in Paris.

Days of Our Lives Spoilers: Sarah Comforts Eric After Nicole Rejects Him

They both decided to head to Europe together with their kids after they tied the knot once again in an intimate ceremony at their Horton home. Flynn’s return together with Mansi in the fall would be the first time they reappear on the sudser after they left earlier this year.

DOOL Spoilers– When Will Chabby Return?

However, there were also speculations that Mansi would make an appearance when the show pays tribute to the late Peggy McCay. Several actors are expected to return for Caroline Brady’s funeral (Peggy McCay) but nobody knows if it includes Flynn as well. The tribute episode is expected to air well before their return in fall.

To those who do not know that much about Flynn, he was born and raised in Minnesota. He has a degree in Finance minoring in Economics. Before he became an actor, his first job was as an analyst in Warner Bros. Studio for four years. His first acting stint was on a commercial for a famous taco joint. He then landed a gig in “Hawaii Five-O” and then auditioned for the role of Chad DiMera.