Days of Our Lives Spoilers: Sarah Comforts Eric After Nicole Rejects Him 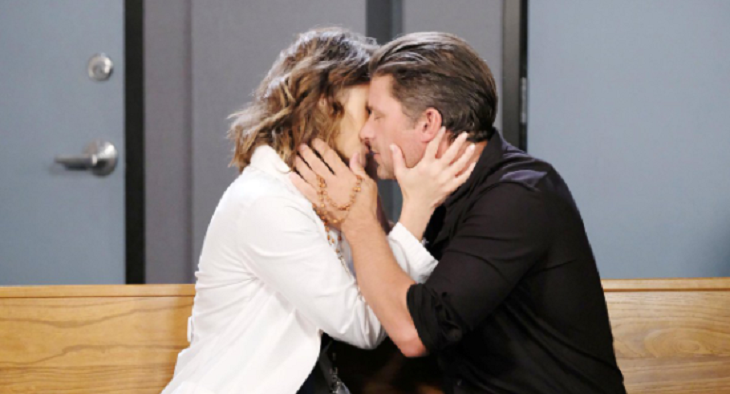 Days of Our Lives (DOOL) spoilers tease that Eric Brady (Greg Vaughan) is in for a rough turn of events. He’s certainly been through a whirlwind of emotions lately. First, he walked into his apartment to find a presumed-dead Nicole Walker (Arianne Zucker) standing there. He was thrilled to be reunited with his true love, and he and Nicole shared a sweet reunion.

But then things started to take a turn. Sarah burst in and informed Eric and Nicole that Nicole’s daughter Holly Jonas (Harlow and Scarlett Mallory) had been abducted from the DiMera mansion. DOOL viewers know that Eric loves Holly as if she were his own daughter, and he was heartbroken that something had happened to the little girl.

According to Days of Our Lives spoilers, the situation is going to get even worse. During her kidnapping ordeal, the vehicle that Holly is riding in will go over a cliff and fall to the ground below, then explode. Holly will be presumed dead, but DOOL spoilers say that she’ll actually survive the ordeal somehow.

Days Of Our Lives Spoilers: Brady Comforts Chloe Over Holly’s Kidnapping–Will It Lead To Something More?

But neither Nicole nor anyone else will know that Holly made it out of the vehicle before the explosion, and so Salem residents will mourn her death. Nicole will be devastated, and she’ll seriously lash out at Eric. She’ll attack Eric for not doing more to protect Holly. In Nicole’s mind, Holly never should have been with Chloe Lane (Nadia Bjorlin) at the DiMera mansion, and that’s on Eric.

Days of Our Lives spoilers say that Nicole will be so angry with Eric that she’ll reject him and refuse to be around him at all. She’ll seek out Maggie Kiriakis (Suzanne Rogers) and Brady Black (Eric Martsolf) for comfort and refuse to see Eric. And Eric will be beside himself with guilt over what’s happened to Holly.

In the latest #DAYS, Sarah confronts Eric about what he told Marlena.https://t.co/ZsCmioRrzb pic.twitter.com/5uTAH5T5BF

But it won’t be long before Sarah Horton (Linsey Godfrey) gets wind of what’s happened, and it looks like she’ll make a beeline for Eric. Of course, Eric feels guilty about hurting Sarah when Nicole came back, but Sarah probably won’t care about that at the moment. She’ll just want to be there for Eric.

It certainly doesn’t look like Nicole is going to forgive Eric anytime soon, and if anything, it seems she’ll get closer with Brady throughout this ordeal. That will leave Sarah to comfort Eric, and that leads us to wonder whether Sarah and Eric will continue to bond. Do you think Sarah and Eric will remain close, or will Nicole eventually come around and soften toward Eric?