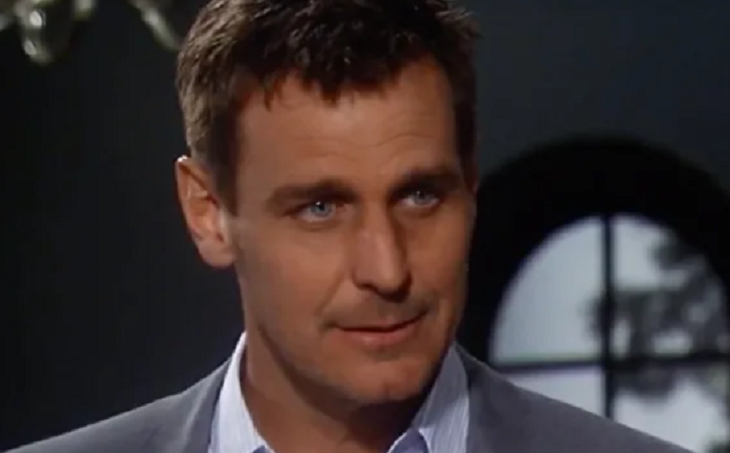 General Hospital (GH) comings and goings indicate that Jasper Jacks (Ingo Rademacher) will soon be arriving back where he belongs: in Port Charles. Here’s what you need to know.

According to ABC Soaps in Depth, reports indicate that Jax will be back in town as early as Tuesday, May 7th, which is right around the corner! It’s been several years since fans have seen Jasper Jacks in Port Charles mostly because actor Ingo Rademacher has been busy over at The Bold and the Beautiful as his character there, Thorne Forrester.

But now that Jasper is back, there’s a good chance that he’s going to help shake some things up in Port Charles.

While producers have been tight-lipped about Jasper’s upcoming storyline, it shouldn’t come as a surprise to anyone that he’s back in order to be with his daughter Josslyn Jacks (Eden McCoy) who is in desperate need of emotional support right now.

Her boyfriend Oscar Nero (Garren Stitt) passed away and the young teen is utterly heartbroken, to say the least. With both Jasper and her mother Carly Corinthos (Laura Wright) by her side, they are hoping to help her with her grief as she tries to navigate her life after Oscar’s death.

However, additional General Hospital spoilers tease that Jasper will soon strike up an interesting friendship with Oscar’s father, Drew Cain (Billy Miller). The two not only have a lot in common, but they are two very successful businessmen who are not fans of Sonny Corinthos (Maurice Benard) and his mob-like mentality.

"I escaped and I hope you can too." #GH pic.twitter.com/4iLcMfehwY

This will definitely put Laura in an interesting position. Plus, Jasper has no idea that Laura is pregnant with yet another child. Talk about one surprise after another!

Ingo Rademacher himself hasn’t made many comments about his character or what fans can expect in the coming weeks for that matter. But he did say that he’s excited to be back and working with an all-star cast again.

The actor has even shared several behind-the-scenes photos of the General Hospital set on his social media accounts. We can’t wait to see Jax get to work! What do you guys think?