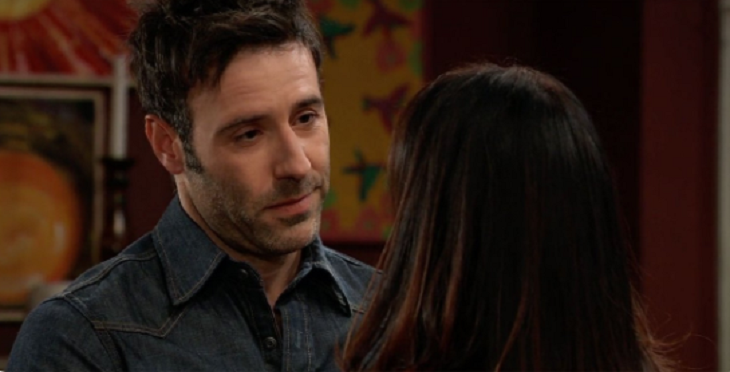 General Hospital spoilers tease that Shiloh Archer (Coby Ryan McLaughlin) will be sidetracked this week, but will he be sidetracked long enough for Sam McCall (Kelly Monaco) to get into the records room at Dawn of Day to find out what is on Kristina Corinthos-Davis (Lexi Ainsworth) trust pledge?

It is vital to at least know what is contained in the pledge so whoever it pertains to can at least have a heads-up so they know what they may be dealing with, should Shiloh decide to use his leverage against Kristina for some reason.

GH Spoilers– Will Sam Get Into Kristina’s Records?

Of course, longtime General Hospital viewers know that ship has sailed as far as bringing any new charges against Alexis since a person cannot be tried twice for the same crime; it is referred to as “double jeopardy” and is against the law.

Of course, there is a possibility that there are two copies of the pledge and there are two different records and pledge copies; Kristina could have told Shiloh a different secret about a different person and situation and Shiloh could have gotten the Kiefer Bauer incident information from public records and created a document to throw off anyone who tried to snoop; in other words, that document could have been a decoy!

Jason knows what the perfect bait for Shiloh is, West Coast. But is Sam willing to include him in her pledge?
An all-new #GH starts RIGHT NOW on ABC! @1SteveBurton pic.twitter.com/xvBBlxugHR

No one would put that kind of tactic past a sneaky creep like Shiloh! Sonny Corinthos (Maurice Benard) is still worried that Kristina could have told a secret about him or his organization and that would mean Shiloh would have leverage over him!

Of course, if Shiloh were devious enough to have created a decoy pledge document for someone to find, then Sam may be in much more danger than anyone knows because it might mean Shiloh is on to her game and is out conning her in her con!

Stay tuned to General Hospital and keep checking GH spoilers frequently for all the latest news, developments and new spoilers!  As always, more detailed spoilers and a full collection of pictures for the week in question will appear on Soap Opera Spy, where there will be more clues and hints over exactly what’s going on.