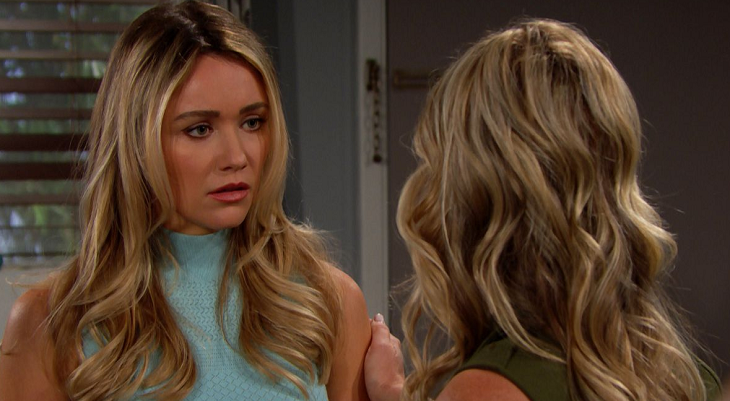 Flo Fulton (Katrina Bowden) has gotten herself mixed up with various storylines ever since she made her debut in The Bold and the Beautiful. She became an accomplice to a baby stealer, pretended to be a birth mother, revealed as Wyatt Spencer’s (Darin Brookes) ex, reconnected with her mother, and made a shocking decision to look for her biological father.

In an interview with ICYMI, Bowden said she’s enjoying her stay at the soap and she has started to get used to the fast-paced turn of events involving her character and that of others in the show.

The Bold and the Beautiful is not Bowden’s first shot at soaps. She played Britney in the sudser One Life to Live in 2006. Before she got her first acting job, Bowden shared that she began modeling when she was a teenager. She started taking acting classes while doing commercials and magazines like Maxim and FHM. She was even dubbed as Sexiest Woman Alive by Esquire Magazine. She also appeared in music videos of Fall Out Boy, Jewel, We Are Scientists, and Panic! At the Disco.

Bowden rose to fame when she got cast as Cerie Xeros in 30 Rock. She learned everything about comedy from that NBC sitcom, which ran from 2006 to 2013, and considered it as a once in a lifetime opportunity. Apart from giving her the big break she needed, Bowden got the chance to work with famous actors and comedians during her stay in 30 Rock.

She also appeared in “Public Morals,” and other TV movies before she landed a role in The Bold and the Beautiful. When she became part of B&B, she was well aware that she has not won the hearts of many viewers because of what she did together with Reese Buckingham (Wayne Brady). She described the fans of the soap as enthusiastic and loyal, which is quite uncommon nowadays.

Today on #BoldandBeautiful, Zoe and Shauna hide in the bedroom when Wyatt arrives to speak with Flo. pic.twitter.com/BQDXTKwS3Z

She also shared that she got so excited when she found out that Denise Richards was playing the role of Flo’s mother. She’s an avid fan and it was an honor for her to work with Richards. Her other TV credits include Senior Moment, Monolith, Hard Sell, and American Reunion.