The Young And The Restless POLL: How Long Has Victor Known That Adam Never Died? Vote Now~ 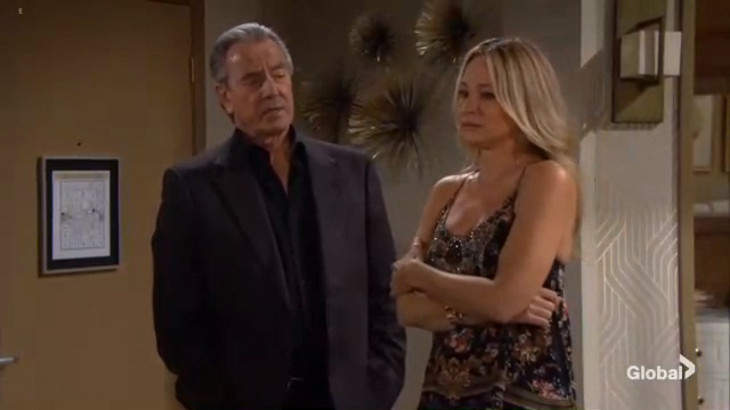 Victor Newman (Eric Braeden) has tracked ‘Spider’ to Las Vegas, Nevada, on The Young and the Restless. The person behind that nickname is Adam Newman (Mark Grossman)!

Let’s assume for a moment that Victor’s aid of Adam (as then played by Justin Hartley) in 2016, didn’t end when he met with his son at the cabin. Instead, assume that the ‘Moustache’ was involved in his rescue prior to the blast Chloe Mitchell (Elizabeth Hendrickson) caused, or retrieval after it happened. That would be the earliest point Victor could have found Adam, meaning that he’s always been aware that his youngest son didn’t die.

Fans recall that a jet was waiting at an airstrip on the outskirts of Genoa City, Wisconsin. It was fueled and ready to take Adam, Chelsea Newman (Melissa Claire Egan), and Connor Newman (Gunner and Ryder Gadbois) out of town. Victor’s goal was to shield Adam from justice, as he’d been convicted and sentenced in the beating of a prison guard.

A scene showed the jet flying out. Might Victor’s people have gotten Adam to the bird on that dark night in September 2016? If so, the head of the Newman clan has been faking his grief ever since. Yet, the above seems a bit far-fetched even for the ‘Black Night’.

Young And Restless Spoilers– Will Adam Get His Memory Back?

Instead, assume that Victor learned of Adam’s survival in 2017, or 2018. But Victor hasn’t been able to track him down until now.

More likely than either option mentioned above would be something more believable. Within the last handful of months, in soap time, Victor’s secret trips began. Each of those excursions hasn’t actually been about Newman Enterprises, but this particular Newman family member.

Y&R showed Victor meeting with a psychiatrist whose specialty is memory retrieval. Then he spoke with Riza Thomas (Tina Casciani), who runs a high-stakes poker game in Vegas. Her connection with ‘Spider’ is being worked by Victor in his seeming initial attempts to help Adam regain his memory.

Fans of The Young and the Restless rightfully express their opinions on a regular basis. So, how long has Victor known that Adam never died? Please vote in our poll below!