Days of Our Lives Spoilers for Wednesday, May 8: Nicole Lashes Out At Eric–Hope Blames Rafe– Claire Faces The Heat 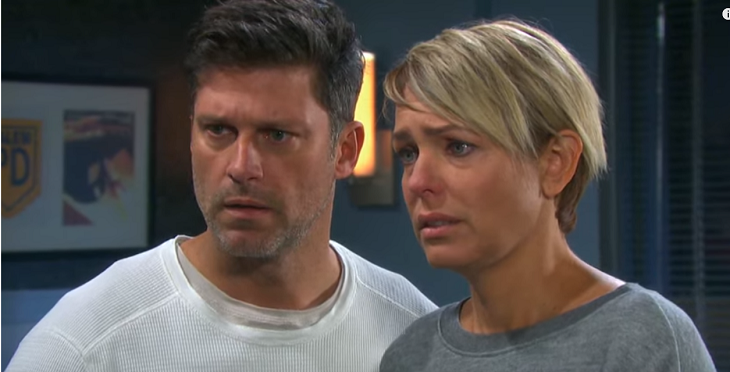 It begins with Nicole lashing out at Eric for the kidnapping of her daughter, Holly Jonas (Mallory Twins). Before she was presumed to be dead, it was her dying wish to have Eric look after her daughter but instead, he gave that responsibility to Chloe.

Nicole tells Eric that she feels as though he betrayed her. As a result, Nicole will end up seeking comfort in the arms of Eric’s brother, Brady Black (Eric Martsolf) despite the fact that he has been pinning for Chloe this entire time.

Meanwhile, Hope and Rafe will see their marriage implode. Things were bad before, but they’ve never experienced anything like this. The last straw was when Rafe decided to take matters into his own hands and disobeyed Hope’s orders during Holly’s rescue mission. And now that the little girl is presumed to be dead, Hope is blaming everything on Rafe.

At this point, there’s just no turning back between them. If there’s one person pleased to hear about this, it’s Ted Laurent, (Giles Marini). He will be making his own moves in no time.

Also, Ben and Ciara will be given the task to break some terrible news to Stefan and Chloe. As many fans can recall, Ben and Ciara were making love at the DiMera mansion the same time that Holly was being kidnapped. The couple will also be on a quest to find out who is responsible for the cabin fire that almost killed Ciara.

In the latest #DAYS, Rafe disobeys Hope's orders, which ends in tragedy.https://t.co/ZsCmioRrzb pic.twitter.com/GFS5f8Xhxx

While all fingers are pointing at Ben right now, Ciara is determined to prove his innocence. Of course, she’s got her eye on Claire Brady (Olivia Keegan Rose), who she knows has her fingerprints all over this mess. Days of Our Lives airs weekdays on the NBC network. Check your local listings for times.