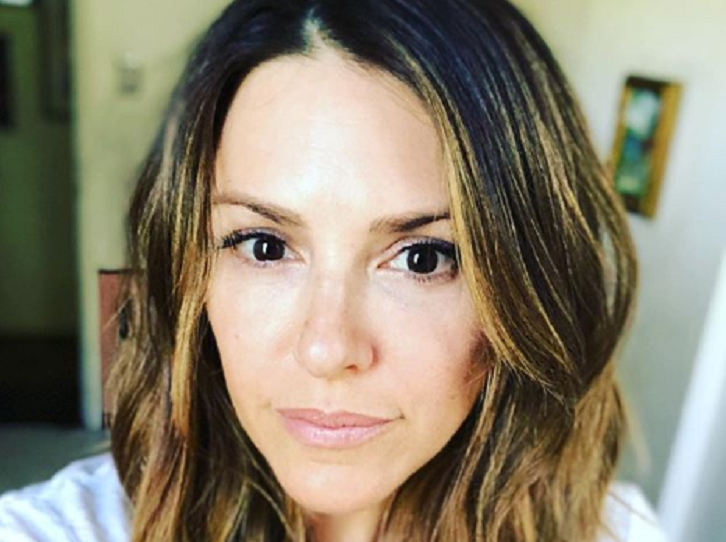 The Young and the Restless (Y&R) spoilers tease that another casting shakeup is in the works.  Elizabeth Hendrickson, the actress who plays Chloe Mitchell, teased her return to the CBS soap opera.  The viewers thought Chloe’s last time on the soap was the last, but it looks like, she could be making her way for a mid-summer comeback. Here’s what we know about what’s ahead on Y&R.

At the Daytime Emmy Awards, Greg Rikaart (Kevin Fisher) and Elizabeth posted an Instagram picture together with the caption, “There’s a lot of love in this picture. And a lot more to come! #daytimeemmys #actress #chloemitchell.”

What we do know is Adam Newman (Mark Grossman), Kevin, and Chelsea Lawson (Melissa Claire Egan) are returning.  According to Y&R spoilers, Adam’s first day on screen will be Tuesday, May 13.  That’s only a week away.  As for Chelsea and Kevin, they aren’t expected until summer sweeps.

It only makes sense with Adam, Kevin, and Chelsea’s return that Chloe would return too.  But her return could be problematic as Genoa City believes she is dead.

Young And Restless Spoilers– Chloe’s Return Will Be Shocking

As shocking as Adam’s return has been to the Newman family, Chloe’s would be just as unbelievable.  Everyone but Victor Newman (Eric Braeden) and Kevin believe that she died.  And, when she does come back, she will have some explaining to do. And, it’s not just about faking her death, it’s common knowledge by now that she was the one who killed (or didn’t completely kill) Adam.

The only possible way this could work out for Chloe, in the long run, is if she was the one who saved Adam after the cabin explosion in 2016.   If she saved him, she could argue that she is only guilty of destruction of property. But, there is the faking her death thing too.

No matter how this pans out, Chloe could be in a lot of trouble.  But, there is a path for her character to be redeemed.  Generally, the Y&R fans love Chloe so her return would be a welcomed change.

Are you surprised that Chloe is returning to Genoa City?  Don’t forget to come back to Hollywood Hiccups for more The Young and the Restless (Y&R) spoilers, news, and casting updates!