The Young And The Restless Spoilers: Sharon And Adam Reconnect — Chelsea’s Return Rolls Out A Twisted Love Triangle 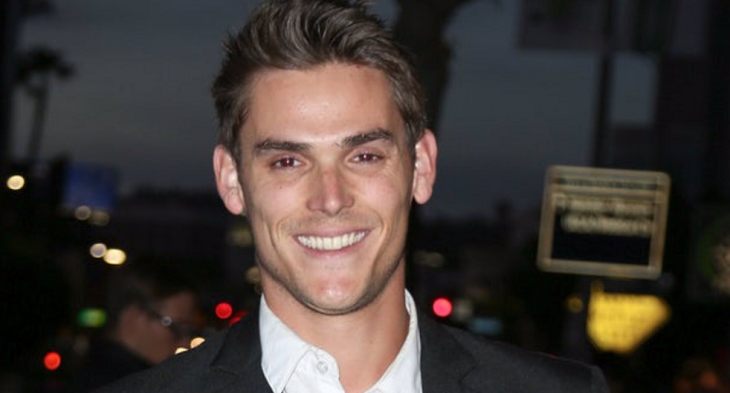 The Young and the Restless (Y&R) spoilers tease that Adam Newman (Mark Grossman) return will be one for the fans to watch. Mark Grossman will debut as Adam on Monday, May 13. One of the only things we know about him is that he has no idea who he is and his father, Victor Newman (Eric Braeden) needs Sharon Newman (Sharon Case) to help unlock his memory.

By all accounts, using Sharon to jog Adam’s memory could blow up her life in a way that she never imagined.  Several years ago, Sharon was spiraling out of control. When nobody else could (or would) help her, Adam was able to reach her. He was able to reel her back in and prove to her that she was not unlovable.

Y&R Spoilers— Why Sharon And Adam?

In many ways, Adam was the love of her life. Now Victor wants Sharon to relive all of this. Victor wants her to reconnect with a man that she could easily lose herself in. This may not be good news for her new relationship with Rey Rosales (Jordi Vilasuso).

For the past few years, Y&R has been all about Chelsea Lawson (Melissa Claire Egan) and Adam pairing. They share a child together and seemed to have a great relationship. However, Chelsea didn’t understand Adam quite as Sharon did.   Even after everything that happened between them, and him admitting he tricked her and stole her baby and gave her to Ashley Abbott (Eileen Davidson) to raise, they still understood each other on a deep level.

Young And Restless Spoilers– But What About Chelsea?

The fact that Victor wants Adam and Sharon to reconnect tells the fans that Shadam could be where the show is headed in the coming weeks. It probably won’t stay there long as before the summer is over, Chelsea will be heading back to Genoa City to claim her husband.

Right now, it looks like Y&R is setting the stage for a Chelsea versus Sharon showdown for Adam’s love.  It will be interesting to see how it pans out and which woman will win his heart (again).

CBS has stayed quiet about Adam’s returning storyline.  The only information known is that he will have a memory problem and Victor is hoping Sharon can help him regain a part of his old life back.

Who do you think is a better woman for Adam — Sharon or Chelsea?  Don’t forget to come back to Hollywood Hiccups for more The Young and the Restless (Y&R) spoilers, news, and casting updates!