The Young And The Restless Spoilers: Wednesday, May 8 – Sharon Tells Rey About Her Past – Mariah’s Mystery Text – Devon Kisses Elena 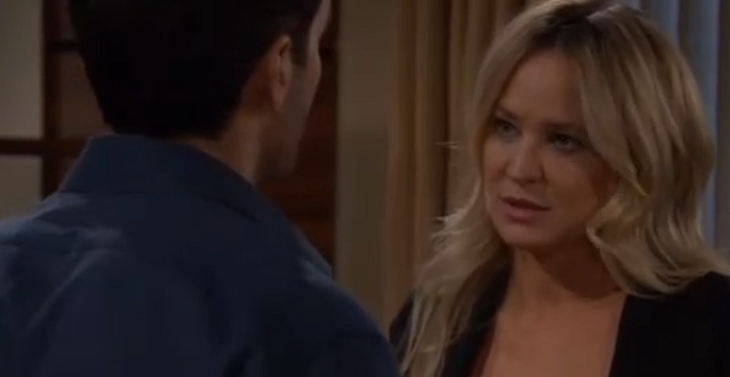 The Young and the Restless (Y&R) spoilers for Wednesday, May 8, tease that Sharon Newman (Sharon Case) will wait for Adam Newman (Mark Grossman) in a park, but he won’t show. She’ll text him and hear his phone beep in the bushes. She’ll walk over and call out his name, but he’ll be gone.

Sharon will return to the hotel and tell Rey Rosales (Jordi Vilasuso) about sensing Adam’s presence even though he didn’t show up. Rey will want to know about her history with Adam, and she’ll proceed to tell him about their connection and about how Adam saved her life when she burned the ranch down, and that he got her into therapy.

She’ll reveal to Rey that she has Bipolar Disorder, and Rey will be supportive and understanding. After talking, Rey and Sharon will make love, but afterward, Sharon will sense a presence in the hallway and check to see if anyone is there.

Next on Y&R, Cane Ashby (Daniel Goddard) will meet with someone from a non-profit organization at Crimson Lights while Devon Hamilton (Bryton James) listens on. Turns out, Cane wants to help prisoners looking for a second chance. Afterward, Devon and Cane will discuss Lily Ashby (Christel Khalil), and Devon will warn Cane about doing things to win Lily back because she’s going through with the divorce.

On the patio, Mariah Copeland (Camryn Grimes) will get a text from someone who says he’s not going away and that he knows how to find her.

The Young And The Restless Spoilers: Sharon And Adam Reconnect — Chelsea’s Return Rolls Out A Twisted Love Triangle

Next on Y&R, Traci Abbott (Beth Maitland) will be at work on her novel at the Abbott estate. She’s writing a story about “Flynn,” who is based on Cane, and his break up with “Iris,” who is based on Lily. In the story, Iris wants Flynn the private eye to help prove that her husband is cheating.

Next on Y&R, Jett Slade (Gilbert Glenn Brown), Ana Hamilton (Loren Lott), and Tessa Porter (Cait Fairbanks) will chat and sing together at Devon’s penthouse. Devon will arrive, and together they’ll decide to do a show at Society to honor Neil.

Later, Devon and Elena Dawson (Brytni Spray) will chat, and Elena will admire how Devon is handling Neil’s death. She’ll divulge that she feels guilty over her mother’s death because she wasn’t there when her mother died. Devon will snooze on the couch, dreaming of Hilary Hamilton (Mishael Morgan), when Elena comes back and wakes him. 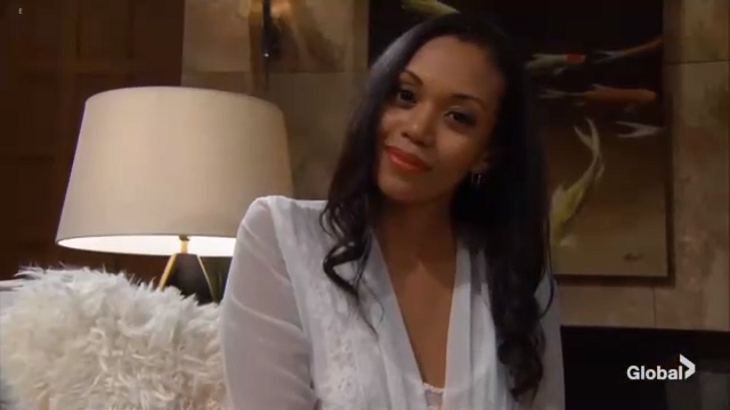 Devon will think that Elena is Hilary and he’ll instinctively reach over and kiss Elena, then he’ll come to and apologize profusely. Elena will be stunned.

Tessa will remark that perhaps her text scared the stalker off, but Mariah will say that she doesn’t want to scare him off and that Tessa will soon find out why.