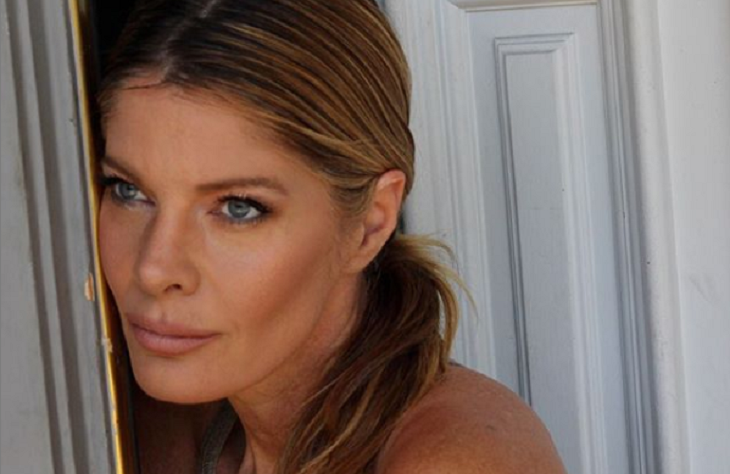 Fans of General Hospital know that Michelle Stafford is exiting the soap and her character, Nina Reeves, will now be handed over to veteran Cynthia Watros.

Stafford posted a couple of selfies with Watros when the two hung out last May 6 and captioned, “I have loved this girl and her talent from afar for so many years. I can say that I “shared a character” with her. You are spectacular in every way @watros.watros. Go get um gorgeous beauty! #GH #Nina.”

Watros also shared a similar photo with Stafford with a caption, “I had the best afternoon with this beautiful soul.”

Stafford and Watros, both spectacular and talented actresses, missed each other on “The Young and the Restless.” They would have had the chance to work together if Stafford didn’t leave her role as Phyllis Abbot (Gina Tognoni) before Watros took on the role of Kelly Andrews in 2013. Now, they still won’t get the chance to work on the same sudser as Stafford is set to pass on her character, which she debuted in 2014, to Watros.

When it was revealed that Watros would be the new Nina, she said enthusiastically, “I can’t wait to join the talented cast and crew of GH.”

I have loved this girl and her talent from afar for SO many years. I can say that I “shared a character” with her. You are spectacular in every way @watros.watros Go get um gorgeous beauty! #GH #Nina

As Stafford leaves General Hospital, she will head back to The Young and the Restless as Phyllis, replacing Gina Tognoni. She has remained extremely silent about everything, unlike Tognoni and Watros, who were quick to address the news.

Y&R Fans Aren’t Happy About The Phyllis Switch Up

Some fans were not happy about the recast as there were those who preferred Nina to be written off. Although some may not be in favor of the shift, the soaps showrunners want fans of General Hospital to be happy and have lined up some good juicy storyline developments that they will surely enjoy.

Nobody knows where Nina’s storyline will be when Stafford makes her exit and Watros will take over the character. Will viewers still see Stafford when Nina discovers about Sasha Gilmore (Sofia Mattsson ) and Valentin Cassadine’s (James Patrick Stuart) deception? Or will it be Watros?

Watros joins General Hospital with an incredible daytime resume. She has appeared in The Young and the Restless as Kelly Andrews, and Guiding Light as Annie Dutton, where she won the Daytime Emmy for Best Actress in 1998. She also guest-starred on The Drew Carey Show, Lost, and a recurring gig in House.