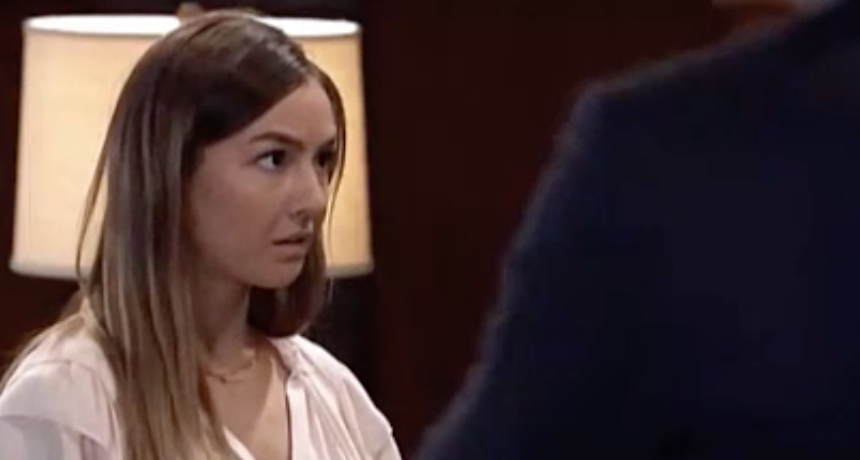 Welcome to your Wednesday, May 8 General Hospital recap! We begin our day at the Corinthos mansion, where Carly Corinthos (Laura Wright) is talking to Jasper Jacks (Ingo Rademacher) about his less than friendly relationship with her husband Sonny Corinthos (Maurice Bernard.) Suddenly we see Josslyn Jacks (Eden McCoy) call out to him from the stairs, as they go to embrace.

At Kelly’s Diner, Hamilton Chase (Josh Swickard) and Willow Tate (Katelyn MacMullen) are finishing up lunch. He tells Willow that she is amazing, but she says the threat from Dawn of Day is not over.

Kristina Davis asks what is going on with her sister Sam and Shiloh, she’s worried about her. Valerie shows up at Alexis’s house and they agree they have a lot to talk about. She wants to make sure that Kristina is okay. Kristina explains about the trust that she gave to Shiloh and she needs Valerie to help her get it back. 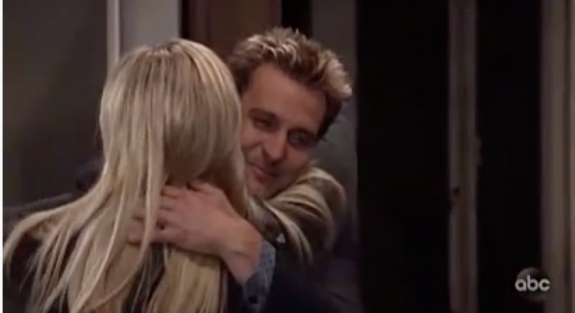 At the Dawn of Day house, Sam McCall (Kelly Monaco) is about to get the Dawn of Day tattoo on her back from Shiloh Archer (Coby Ryan McLaughlin). Downstairs we can see that Jason Morgan (Steve Burton has kicked in the front door and pulled out his gun. Sam McCall asks Shiloh Archer if he heard something – next thing we know Jason has knocked him in the head. Jason says – “this is over”.

Jason tries to get Sam to leave, but she says she needs to cover for him – she needs him to get Kristina’s pledge from the record room. Jason goes to the records room as Shiloh begins to wake up. Sam comforts him and makes up a lie about a man ranting and raving, who came up and attacked him.

At Kelly’s Diner, Lucas Spencer (Ryan Carnes), Brad Cooper (Parry Shen) and Valerie Spencer (Paulina Bugembe) are playing with baby Wiley. Brad and Lucas discuss the Dawn of Day classes and Valerie questions why they are interested in DOD. She says they need to stop and should have nothing to do with those people.

Valerie tells Brad and Lucas how terrible Dawn of Day is and Brad jokes that Shiloh hit on him. Valerie says that they use sex as a way to coerce people into being a part of the group.

Brad continues to blindly defend Shiloh and says Dawn of Day has done nothing but help him. Willow approaches and scolds both of them for letting Wiley anywhere near Dawn of Day.

At the Quartermaine mansion, Kim Nero (Tamara Braun) and Drew Cain (Billy Miller) are going through a box of Oscar Nero’s things. They look over some photos of the three of them together. Curtis Ashford (Donnell Turner) shows up at the mansion and gives his friend Drew a hug.

Jasper Jacks asks how Josslyn is holding up since he has passed on. He wants to know as much about Oscar as possible. Josslyn explains about trying to comfort Oscar in his final days, while Carly looks on. Josslyn explains that she fell asleep by Oscar’s bed and when she woke up he was so still – he had passed on. 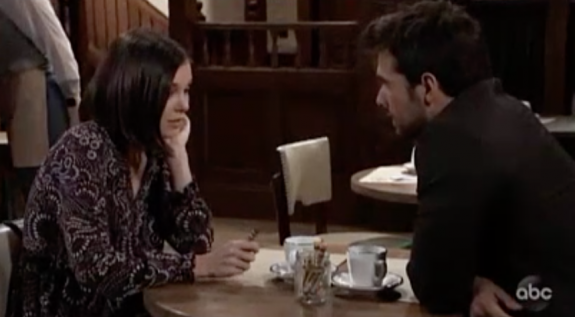 Willow Tate tells Hamilton Chase that her mom came to town and tried to make her come back to Dawn of Day. She explains that her mom knew about the baby, but never told Shiloh Archer. Willow thinks her mom was jealous of their relationship. Willow explains that her mother believes she had a miscarriage.
Valerie enters the diner and sees Chase and Willow. She tells him that she’s worried her cousin’s husband Brad is getting too close to Dawn of Day. Chase invites Willow to come to his house so she won’t be alone.

Dr. Neil and Alexis grow closer while spending time on her porch. Sonny comes home and sees Jacks, they discuss his trip and he congratulates him on the new baby that is coming soon.

Kim calls Shiloh and says that she wants to talk to him about Oscar. Lucas says he’s surprised that Willow got so upset with them. Willow finally admits to Chase that Wiley is her son. Jason finds out that the pledges have been replaced with fake papers. …flash to preview